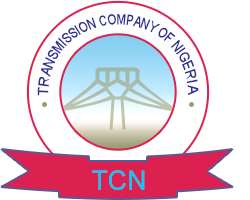 ABUJA—STRONG indications emerged, yesterday, that there might be a face-off between the Senate and the Federal Government over plans by the latter to secure a loan to the tune of $174 million from the African Development Bank, AfDB. Part of the collateral for the said loan would be the handing over the management of Transmission Company of Nigeria, TCN, to ADB.

According to a source, what could be termed a war of attrition is brewing between the Upper Chambers and the Executive arm because of plans by the Federal Government to hand over the management of TCN to AfDB. The source noted that at the end of the day and when the deal is sealed, the AfDB would second three of its staff to manage TCN for six months in the first instance, adding: “The AfDB will terminate and remove the entire management of TCN even when they are just mid way into their tenure.” The source said the upper chamber was asking: “Under what arrangement the Federal Government will cede the entire critical national asset to AfDB even when Nigerians are grappling with energy crisis?” Against this backdrop, the Senate also wants to know “whether the government can push aside a management that was legitimately instituted because the country wants a loan and so AfDB will grab the management of TCN, especially when it is a loan Nigeria will repay.” According to the source, the Senate was worried and eager to know whether Nigeria was not entitled to AfDB loan, adding: “The implication is that there is lack of faith between Nigeria and AfDB which the country is a major donor. The Federal Government has already made huge allocation in 2017 budget estimate. Is it now wise to hand over such funds to TCN to be managed by AfDB appointees?” The source said further that the Senate had reliably gathered that those AfDB planned to second to TCN were economists and not technical staff, adding that one of the persons the AfDB planned to second to manage TCN is a former junior staff in TCN who studied accounting. Asked if an accountant can be in charge of electrical grip and expected to perform better, the source said: “Curiously, the Federal Government is yet to determine whether to privatise TCN. The Senate is insisting that you cannot hand over TCN to AfDB without privatizing it. “The Senate is, therefore, insisting that the status quo must be maintained failing which the Senate, as an institution, will not have any thing to do with handing over of national asset when it has not been privatized. We are, therefore, watching and waiting, hoping that common sense will prevail.” TCN staff protest plot to remove Atiku Meanwhile, staff TCN, yesterday, staged a peaceful protest against plot to remove the company’s Managing Director, Abubakar Atiku, from office. The workers, drawn from the Nigerian Union of Electricity Employees, NUEE and Senior Staff Association of Electricity Employees, SSAEE, branch of the TCN, during the protest held at the headquarters of Ministry of Power, Abuja, described the attempt to sack the MD as rude, ill- conceived and unacceptable. Addressing newsmen during the protest, Chairman, FCT Council of NUEE, Mr Wilson Nwachukwu, said Mr. Usman Mohammed nominated to head TCN has no capacity to replace Atiku. Meanwhile, Vanguard learned that the issue in contention is the power play and seeming power tussle over who takes control of the $364 million Work Bank grants for execution of some vital projects at the TCN. According to him, “Mohammed is an accountant by profession. And this is a company that is highly technical driven. The indices of the staff position here should be about 75 percent technical and 25 per cent non technical. So, why would you now bring an accountant?”