Foreign investors can now get Nigerian visa in 48 hours 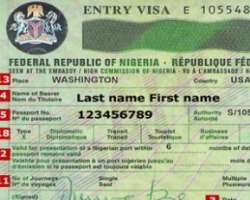 Okechukwu Enelamah, the minister of industry, trade and investment, says anyone interested in doing business in Nigeria can now get a visa in 48 hours.

The minister said the federal government had issued a directive to this effect, noting that it was important to make it easy for potential investors to do business in Nigeria.

THISDAY reports that the minister made this known at an event on Tuesday.

Enelamah said the federal government was carrying out series of reforms in the business environment to make it less difficult to do business in the country.

“Our visa on arrival procedure is now fully operational, with an upcoming increase in the number of eligible countries. Directive has been issued on 48 hour visa issuance by Nigerian missions abroad.

“We have foreign missions in almost all the major countries of the world and we feel the missions should be used to sell Nigerian products abroad and also used as a point for those who want to invest in Nigeria to make their enquiries.”

The minister added that the federal government, through PEBEC, had been working on three priority reforms areas with 17 quick wins to reposition the investment to climate.