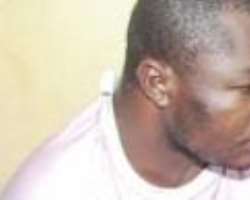 The Imo state Governor, Owelle Rochas Okorocha has promised the sum of N5million for any person who volunteers information on the whereabouts of a notorious kidnapper, Henry Chibueze, a.k.a, Vampire, who was freed by members of his gang who invaded court premises.

Some unknown gunmen had on Friday stormed the Imo High Court situated along Orlu Road in Owerri and set free Chibueze and others after they had been brought into the court for their suits on kidnapping and other criminal charges to be heard.

Eye witnesses say about six hoodlums, armed with sophisticated weapons, invaded the premises shortly after Chibueze, who had been in the custody of the Nigeria prisons in Owerri, and some 40 other inmates were conveyed in a Black Maria into the court.

The bandits were said to have shot sporadically in the air, exchanging gunfire with security operatives. In the ensuing pandemonium, the gunmen escaped with the notorious criminal.

Reacting to the incident, Okorocha charged all Imo residents to go about their lawful duties without fear, promising that security operatives and the state government would ensure adequate security of lives and property.

He said, “Upon my arrival from Abuja this morning, I heard the sad story that a notorious kidnap kingpin, Vampire, has escaped from the prison when he was being conveyed to court.

“It is on record that Vampire is a dangerous kidnapper, who has kidnaped and killed over 100 people.

“I remember when he was arrested by the men of the DSS in 2015, I personally went there to interview him. Vampire still being at large poses a big threat to the society.

“The Imo State government will give the sum of N5million to anyone with useful information about Vampire's whereabouts.

“However, Imolites should go about their normal duties without any fear,” the Governor assured.