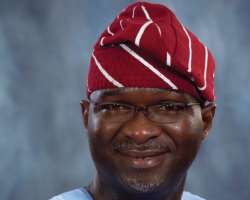 Those most visible among the groups campaigning independently for the governor include Babatunde Raji Fashola (BARAFAS) Fans Club, Lovers of Raji Fashola (LORAF), Fasholamania Group and the Integrity Campaign Group.

Most of the groups have been embarking on intensive campaigns through handbills distributed in public buses and urban centres, posters placed in strategic places and rallies across all the local governments and local council development councils.

But the Fashola-for-second-term campaign reached its peak today when BARAFAS rolled out plans to mobilize the electorate to support the governor for the 2011 gubernatorial election, citing the need for continuity as a way to sustain good governance, growth and development in the state.

President of BARAFAS Fans Club, Comrade Olusola Ogunsanya disclosed the plans of the group at a press briefing, saying it would deploy major tools of public education and enlightenment to mobilize people to support Fashola’s bid for second term.

Speaking at the briefing, Ogunsanya said the group had printed several thousands of posters, which were pasted in strategic centres in the metropolis as part of the move to sensitize people on the need to re-elect Governor Fashola.

At a briefing tagged: "On continuity we stand", the president said one of the plans will mobilize Lagos electorate to stand against any arrangement by any group of people to truncate the process of development in the state.

Ogunsanya said: "In the last three years, we have watched with keen interest the development of Lagos. We are happy about this. We have also watched critically the recent development in the politics of the state and we are not happy about this. It shows that some groups of people are enemies of progress.

"We are not politicians, but concerned residents of Lagos State. We persuade the politicians to keep this pace of development by allowing Fashola to continue. We have lists of projects in the transportation, road, water, education and security sectors that we would use to stage our campaigns.

"Fashola, within two years has done so well. If we want to help ourselves, we should embark on a mass rally for continuity. We have our members spread across the 57 Local Government and Local Council Development Areas of the state. During the May 29, Democracy Day, 200 members will be selected across the state to do the rally," Ogunsanya said

The president revealed that the group would storm the streets of Lagos on May 29 to rally support for Fashola, adding that the series of projects already inaugurated by the governor would speak for him on the day.

The president explained that the membership number of the group had continued to increase by the day, saying that more than 15,859 are currently members of the group scattered all local governments and local council development areas.