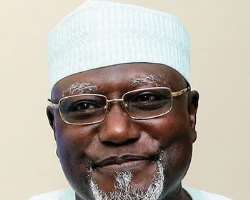 The Senate has summoned the Director-General of the Department of State Services, DSS, Lawal Daura, to shed light on the agency's indictment of Mr. Ibrahim Magu as an unfit person to head the Economic and Financial Crimes Commission, EFCC.

The Senate invitation was upon President Muhammadu Buhari's formal rebuttal of the allegations made against Magu by the DSS and the resubmission of his name as chairman of the anti-graft agency.

Besides Magu, President Buhari in another letter to the Senate, also technically dismissed the Senate indictment of Mr. Babachir Lawal, the Secretary to the Government of the Federation, SGF arising from his alleged involvement in contracts awarded by the Presidential Initiative on the Northeast, PINE.

The president's stance on the two men drew sharp reactions with Senator Shehu Sani, who led the investigations into the PINE contracts, saying the president had effectively conducted a funeral service on the administration's anti-corruption war.

The National Chairman of the Peoples Democratic Party, PDP, Senator Ahmed Makarfi on his part, said that whatever the Buhari administration does on Lawal would, like the Halliburton Affair, be opened up by succeeding administrations.

The two letters from the president were in response to the rejection of the president's nomination of Magu as the substantive chairman of the EFCC and the indictment of Lawal in the award of PINE contracts and the Senate resolution that he should resign as SGF and be prosecuted.