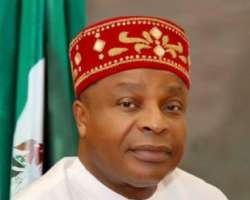 Anyone who had the civilized temperament to listen to Senator Nelson Effiong’s interview on planet radio, Uyo would not dispute the assertion that the Distinguished Senator is a study in contradiction. How he got himself into this wonky mode can only be explained through the knowledge of the forces that have seized him, turned him into a political pawn to be used in a high stake game that he remains ignorant of.

In that interview that can best be called a public relations disaster with collateral damage to reputation, Distinguished Senator Nelson Effiong betrayed emotions marked with virulent anger against Governor Udom Emmanuel. His tone, choice of words and fallacious representations betrayed him as a man sold to outburst with reason taking a flight. His conduct was at variance with a wise counsel which avers that the ability for man to rule over his emotion is directly proportional to civilization. This American trained graduate was light miles away from these postulation and virtues.

Distinguished Senator Nelson Effiong had on January 19, 2017 announced on the floor of the Senate during plenary of his defection from the party, the People’s Democratic Party, that painstakingly produced him as Senator Representing Eket Senatorial District to All Progressive Congress, a party he so relished to disparage with unprintable invectives. Even though he feebly latched on the perceived crisis which he subterraneously cited as reason for his defection, his ill fated interview betrayed him and testified eloquently that there is more to the defection than meets the eyes. From what was gleaned from that interview, it is clear to any discerning mind that the Senator’s defection is far from the leadership crisis in PDP. If that reason was even fickle in his mind, the Senator would have left when the crisis was even at a head.

But Senator Effong seems to be a man of subterfuge and shenanigans. For him, the end justifies the means. It is a case of politics without principle. Everything is viewed from the prism of expediency and convenience with the interest of the people occupying the least place in the rung of consideration. Senator Nelson Effiong boasted that he consulted widely before arriving at the decision to defect but many members of his constituent disagree and accuse him of poor representation. Well, even though his constituents have entered rebuttals countermanding these claims with the submission that he has not held constituency briefing almost two years since the senate was inaugurated, it still behooves them to take a joint position that would distance them from the Senator’s claims. Anything short of that would give the impression of tacit support for an action that would certainly not benefit them but duplicitously claimed to be taken on their behalf.

Apart from exposing the shenanigans in Senator Nelson Effiong’s action, the interest of this piece is x-raying the interview he granted Planet Radio vis-à-vis an interview the Distinguished Senator also granted Milestones Magazine less than six months ago wherein he spoke glowingly of Udom, extolling the defining governance style which he said would certainly take Akwa Ibom to centre stage in the Comity of States. In the interview of January 21, 2017, less than six months after the interview with the magazine, Senator Nelson in a morally decrepit politics without principle did a shameful volte-face describing the same Udom as the worst thing to happen to Akwa Ibom State since inception. We are constrained to ask the question, what happened just within six months? What should we believe? Is it the first interview with Milestones Magazine or the one with Planet radio? And with this magnitude of inconsistency, why should we trust him? Where does he place his constituents in this political miasma? By his action, is he not compounding problems for his people and making their political journey more arduous? He left his people when it mattered most and is returning to hoodwink them when it matters to him. Deceit - shenanigans of despicable hue.

It bears recalling some of Senator Nelson’s embellishments of Governor Emmanuel and Akwa Ibom State and the rather sad recant sequel with a strange fixation against the same person. As one goes through this, one witnesses with rage the eroding moral tone in a leader that is supposedly endued with honour and principle but regrettably habouring none. Otherwise, how does one reconcile this? In the magazine published as early as in September, 2016, Senator Nelson Effiong said the following of Governor Udom Emmanuel: “A round peg in a round hole”; “I had good expectations that he would perform but he has surprised me because his performance is exceedingly excellent”; “I just knew that this guy was a first class brain”; “Godswill Akpabio came and defined performance like nobody else had defined it, and Udom has come to consolidate on it, so we thank God for Akwa Ibom”; “He is a very thoughtful person, he believes in Akwa Ibom State”; “He is a very consistently honest person which is what we need”. There are a lot more of these kind remarks that space cannot bear highlighting.

But a few months later, the same character saunters into public space with a contrapuntal position diametrically at variance with the previous which he volunteered without prompting. The interview which did more damage than rehabilitation which the Distinguished Senator was undergoing politically further exposed him as being economical with the truth. For instance, he claims that there is a subsisting agreement for Udom to stay for one term and for the governorship to move to Oron soon after. If there was such agreement, why did the Distinguished Senator make the following statements during his interview with Milestones magazine just a few months ago: “I think by the time Udom finishes with his four years and goes for the second term which we have all agreed, you would see Akwa Ibom would be thanking God for the good leader that He gave them”; “We have all resolved that he is going for second term; no doubt about it. It is totally resolved by us here in the National Assembly and at home that Udom Emmanuel must do second term”; “I am looking at him completing his second term and going forward to continue to work for Akwa Ibom”. If therefore there was such agreement, why did senator Nelson Effiong make these statements just some few months back.

Senator Nelson Effiong also claimed that the governor has not been consulting them on any matter. Hear him an interview with Milestones Magazine while reacting to why we do not have Abuja Front. “Since we came to Abuja, Akwa Ibom caucus has been meeting constantly, brainstorming and the governor is always consulting with us on anything he does… whatever the governor is doing, he is consulting us here in Abuja and every decision he is taking, we are aware of it”. Senator Nelson referred to the hitch free congresses earlier held in the State as a testimony of Governor Udom’s culture of wide consultation. Hear him: “Take for instance, the congresses we did in the State. While other States are having issues till today, Akwa Ibom does not. The governor managed the thing well, all of us joined in making sure that his ideas were in consonance with our thinking”.

It is safe to deduce that Senator Nelson Effiong’s action is produced by anger and not rationality. His self contradictions in short spells of time underscore a man in an odyssey of self immolation. This is why psychologists discourage people from taking decisions on the spur of anger. Senator Nelson is mistaken in ascribing the ill-fated decision as a direction by the Holy Spirit. This may be tantamount to blasphemy as the Holy Spirit will not be part of a rash decision occasioned by anger. He may be right in saying that it is the best political decision he has taken in his life because it may just be his political nunc dimities occasioned by grave political miscalculation.