Beyond breastfeeding in old age 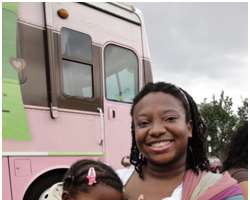 The bizarre wording of a certain song among the people of Eastern Nigeria enquires: “would a man ever refuse breastfeeding?” And it choruses the answer “No”. The singer goes on to explain: if a man finishes with sucking his mother’s breast, he goes on to suck his girl friend’s breast. And when he is done with his girl friend’s breast, he goes on to suck his wife’s breast. He concludes by re-emphasizing the axiom that men will never abandon breastfeeding.

I think it has become necessary to explore the reasons men came to this unenviable position where they continue to nurse the tendency to relegate their natural and obligatory roles to women. One very good example of such men is the immediate past President of America, Barrack Obama. Obama was always keen to tell the world that in all the decisions he made “as the President of America”, the greatest was his decision to marry Mitchell – as if he married her after, and not before, he became President.

Of course, no one doubts that Obama was being honest to himself, to the people of America and to the world at large. And no one doubts that Mitchell handled the situation perfectly. Some women would have capitalized on the level of praise their husbands showered on them to tower over and above the men, and possibly, take the shine from them. Not Michelle Obama. She was a mother, not only to her two daughters but also to her “husband”. Indeed, her handling of political and social issues all through Obama’s tenure simply tallied with that age-long adage which postulates that the hand that rocks the cradle it is that rules the world. For, if we understood anything from Obama’s honest confessions, it was that Michelle was the President behind his presidency.

So then, how did the men come to be caught in this trap, this dilemma, this position that has robbed them of the essence of their manliness, and stood them between the devil and the deep blue sea?

Of course it is common knowledge that as late as the 19th century, women had no place in determining the direction of any form of development beyond the home front. Before the 19th century, women were not allowed to contest as candidates for any elective post or public office. They were not even allowed to vote. It was assumed that women did not need to vote or be voted for because their husbands could take responsibility in dealing with all the issues that mattered in the community and in the society.

A woman's role at that time was limited to child bearing, child rearing and generally taking care of the home. The industrial revolution then came along, ravaging many European countries like the harmattan wind. As a result of the industrial revolution, many women became fully employed. It meant that from then on, they now had opportunities to meet in huge and well organised groups to discuss political and social issues on their own.

Organised campaigns for women's suffrage, as the movement that followed the industrial revolution was named, began to gain momentum in 1866. When parliamentary reform was debated in 1867, one prominent parliamentarian, John Stuart Mill, proposed an amendment that would give women the vote on the same conditions as men. The proposal was rejected by 194 to 73 votes. But one thing happened. The campaign for women's equality gained momentum after this period. And from 1888 onward, women could vote and be voted for in many local council elections.

According to a BBC documentary on the suffrage movement, 19th century feminists often talked about "The Cause" which was a reference to the general movement for women's rights. But it had no particular political or even social focus.

By the close of the century, however, the issue of voting and being voted for became the focus of women's struggle for equality. By 1900 there was considerable evidence that many members of parliament had been won over. Several bills in favour of women's suffrage gained support in parliament. And many believed that it was only a matter of time before women would completely gain the vote.

Today, historians still discuss the effectiveness of the role played by various groups in the struggle for women's emancipation. When World War I broke out in 1914, for instance, the whole suffrage movement was scaled down. In many cases, some of their activities were suspended in the interest of national unity. The action earned women the admiration of well meaning people across the globe.

Today, women have become an integral and essential part of the contemporary society. They live active social and political lives. They participate in various cultural functions. Today, women no longer lag behind their men folk in most important occupations. They are right there in the front row – in the media, in law, in the bank, in the classroom, even in the farm. They play such games as football, cricket and hockey and impress the world as athletes. They work in offices as clerks and in the army as officers.

Today, women can no longer be kept behind closed doors, doing only domestic duties. Our society is accepting their wider participation in the management of things generally, even in aviation. Today, women are at the helm of affairs in many countries’ administration. They participate in assemblies and parliaments as the people’s representatives. Women, with their intelligence, their personality and their ever-increasing ambition to dominate the world are said to be the ones protecting traditional families from disintegration.

Whether that is true or not, there are challenges that we need to bring to closure at this point in time. Most importantly is how all of these developments have impacted on men?

Perhaps this was how American intelligence reasoned, which culminated in the rather bizarre election of Donald Trump as the 45th President of the United States of America. With Queen Elizabeth II towering like a colossus in world arena, Angela Merkel controlling affairs in Germany, Ellen Johnson Sirleaf in Liberia, Cristina Fernández de Kirchner in Argentina and Sheikh Hasina Wajed in Bangladesh, electing another woman in the person of Hillary Clinton to control affairs in the most powerful nation on earth could have put the entire world on its head. Perhaps, that is why America voted for a man as unpredictable as Trump to become President, even after his proven snobbish attitude towards some sections of the American society. It was a case of the devil you know being better than the angel you don't know.

The picture is very clear though: our women are not only ambitious, some of them are too ambitious. In the face of all that, it appears that men of these days have absconded from their duty posts, expecting the women to “protect” not only the home, but also the men themselves. Naturally, that is the wrong way to go because it is the role of men who are men, to protect not only their wives but their children and their other dependants. In the traditional society, men would go for whatever it takes to care for family while women stayed home taking care of the children and their husband’s stomach needs. But times are changing like the climate and no one yet knows where our priorities will take us to. Not yet.

However, it is becoming obvious as situations and circumstances daily unfold themselves that there is a need in our society for men to begin to grow up beyond breastfeeding in old age. There is a need in our modern society for the men to take their rightful place as the head of their various families. There is a great need in our society of today for men to show that they are men and that they are in control of things. God gave men that role and to women he gave the role to assist their men folk. And so, I think it is wrong to reverse these natural roles and allow women to usurp the role of men.

I think we should have a conversation about this seeming reversal of roles because, today, it appears that men and women are in competition. But that should not be so. Men and women are meant to complement each other, not compete with each other. Obviously, there are things men can do better than women and things women can do better than men. So, they complement and encourage each other, and that is the natural way to relate. A situation where men compete with women is like setting up a man against a woman in a wrestling competition. It is never done. It is taboo.

Sometimes, when I remember that song about men refusing to stop breastfeeding, refusing to grow up, and how docile the men have become about such aberrations, it makes me annoyed. Honestly. Without being immodest to our women folk, I strongly think that our men should realise that it is time to stop breastfeeding in old age. Men need to take control of their destiny and the destiny of the world in both hands. And the time is now, or they will definitely lose out at some point in time.

Commonsense is like a bag, our people say, and everybody hangs his own, dangling from his shoulders. Men in our contemporary society must begin to read the handwriting on the wall and recognise the need to grow up – beyond breastfeeding in old age.