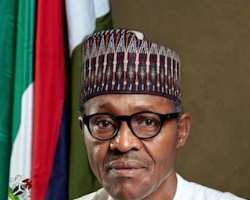 SAN FRANCISCO, January 23, (THEWILL) – Thirty senior police officers who were retired in 2016 have challenged their retirement at the National Industrial Court, Abuja, insisting that the police force was influenced to retire them.

The officers sued President Muhammadu Buhari as they sought the powers of the court to interpret certain parts of the constitution binding on the police service commission and its retirement processes.

The officers are praying the court to interpret certain laws in line with their retirement.

Also joined as co-defendants in the suit, which came up for mention on Monday , are the Attorney-General of the Federation, the Inspector-General of police, the Police Service Commission and the Nigeria Police Force.

While in acting capacity, Ibrahim Idris, Inspector-General of police, allegedly wrote to the presidency to retire the 30 senior officers and the officers, all from the rank of Assistant Inspector-General (AIG) of police, were eventually retired at the instance of the IGP.

However, the court's records showed that only one defendant, the President, was served notice.

Rakiya Haastrup, the judge, then ordered that notices be duly served on all five defendants in the suit and adjourned the case till February 22 .