THE HORROR OF BEING BLACK AND AFRICAN! 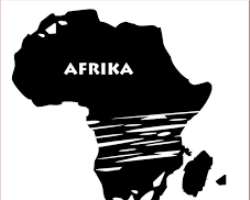 To the wider world, being 'black' first identifies you as human, but further categorizes you as a "special grade" of human, fortified with great physical gallantry, but a reduced level of brain power.

Well, as a black man and an African, I do not entirely disagree, as the views of the wider world (which are quite contemptuous but true in certain ways) can be justified, though stand corrected!

The rock-hard energy and the combining blend of intellect of some Africans over the years, can be likened to rival gangs that don't quite team up.

So I'd be reeling off some really loopy things the bulk of African people do, that continually put to question, the quality of our brain power!

• For starters, the average young African is naturally raised with an inferior mind that soaks in the aura of the white man as some type of 'god' (If not for anything, the disparity in skin color will excite and frighten you a little bit!)

• In Africa, we're stuck and afflicted with tyrant/overzealous leaders, who assume power in their youth and stay clung to it till their grandchildren have all probably graduated from college! (Team Mugabe & his cronies!)

• Seeking for the fastest ways to trigger Africans to kill themselves? Easy... Give them funds to provide infrastructure for themselves, and watch them put up a great show boxing each other, over who should be entitled to share the money at the expense of the original intention.

• Even the highly educated can be easily swindled and made intellectually redundant by religion.

• Christianity in Africa, is first business before gospel (as you're tagged 'disobedient' and 'unfaithful with your tithe' for being poor)

• It's almost some sort of sacrilege for African parents to apologize to kids when wrong. As a child, you're certain to have your self-esteem mutilated before your 18th birthday! (you'd be regularly called "foolish" and "useless" for the next decade, so if you're less than 18, happily get accustomed to it!)

• If you're a man, 40years of age and above without a wife, the 'Mr' title is about to be dropped, as you'd be probably addressed as 'Master' in your next family meeting.

• If you're a woman, 30years of age and above without a husband, but independent and a successful entrepreneur with great academic potentials, you're regarded as irresponsible and a 'corporate call girl'

• Africans are theological experts who are naturally wired to be more religious than righteous! (extremely hypocritical as well)

• We summon heavenly angels and pray very hard for our problems, but think very little towards solving them!

• An African will refuse to go into water at a bridge construction site for fear of mermaid spirits, and would rather watch an expatriate do the job!

• Recession and economic hardship no matter how toxic, doesn't stand in the way of the humongous yearly budget for beer!

• It's a taboo 'punishable by death' for a woman to split bills with a man when out on a date.

• The African is deeply terrified about the odds of catching an STD, but will continue to have unprotected sexual relations with multiple partners. (indeed a brilliant and intellectual mind!)

It's quite a horror to be black, but nevertheless, still feels terrific to be an African after all... Doesn't it?