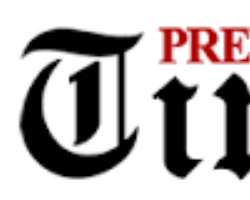 The Publisher of Online Newspaper, Premium Times, Mr Dapo Olorunyomi, as well as the judiciary correspondent of the paper Evelyn Okakwu were on Thursday arrested by police officers over allegations of defamation of character and libellous story published against the Chief Of Army Staff (COAS) Lt Gen TY Buratai.

The Police, it was gathered acted on a warrant of arrest issued against the Newspaper by a Wuse 2 Magistrate Court Thursday evening as to enable the police carry out a thorough investigation into the matter.

The arrest is coming on the heels of a petition written by Osuagwu Ugochukwu Esq, attorney to Lt Gen TY Buratai, to the FCT police commissioner, decrying a "false and malicious story" written by Premium Times against his client and the refusal of the Newspaper to retract the story

It was gathered that the Court order for the arrest was issued at the FCT Chief Magistrate Court Wuse Zone 2, Abuja earlier Thursday afternoon.

It would also be recalled that the Nigerian Army had also written to Premium Times, urging the Newspaper to withdraw a report where it Lt Gen Buratai is being investigated by Code of Conduct Bureau, a story which was later confirmed to be false but the media outfit refused to do so.

In the petition, Buratai's attorney had complained that the PREMIUM TIMES informed the public that his Client, Lt Gen Buratai is being investigated by Code of Conduct Bureau.

According to him, this story received wide publication and readership, adding that it created bad image for his Client and caused Military men on the field to get worried about their Boss even when the said story was false and fabricated.