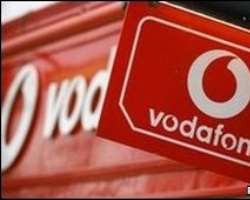 Vodafone has benefited from rising revenues in emerging markets

Pre-tax profits for the year to March totalled £8.7bn, the UK-based company said, with revenues up in Asia and Africa.

That is more than double the £4.2bn profit reported last year, though one-off charges hit those figures.

The company now has 341 million customers, with 8.5 million net additions in the past three months.

Vodafone chief executive Vittorio Colao said the company was in shape to weather the economic problems and benefit from economic recovery.

“We are creating a stronger Vodafone, which is positioned to return to revenue growth during the 2011 financial year, as economic recovery should benefit our key markets,” he said.

The company said that a third of its income was now coming from products other than “mobile voice”, with fixed-line and mobile broadband services continuing to grow strongly.

But it also said the introduction of new six new national licences in India, one year after Vodafone's entry into the market, had led to increased competition, resulting in an impairment charge this year of £2.3bn.

The company also reported falls in revenues in some of its more established European markets, with the UK seeing a 4.7% decline.