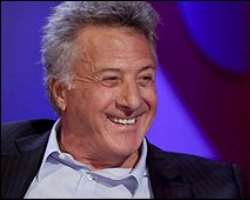 Quartet, a “life-affiirming” tale about aging opera singers, will be made for BBC Films.

Plans include a comedy from Armando Iannucci, a film about Charles Dickens, and an adaptation of Lionel Shriver's book We Need to Talk About Kevin.

Hoffman's film Quartet, written by Oscar-winner Ronnie Harwood, will follow events that culminate in the one-off reunion concert of a once world-famous foursome of opera singers.

Passions
Stewart Mackinnnon, the film's producer said: “It's a story about people, as he (Hoffman) puts it, in their third act.

“Although their faculties may be diminishing, their foibles, their flaws, passions for life are in no way reduced, so in that sense it's a positive, life-affirming film.”

Although Hoffman is listed as an uncredited director of 1978 film Straight Time, this is his first offical foray into directing.

Iannucci, whose film In The Loop was nominated for an Oscar earlier this year, is teaming up with writers Will Smith and Roger Drew for Out The Window.

The “little-known” story of author Charles Dickens's relationship with a young actress named Nelly Ternan will be brought to life by screenwriter Abi Morgan.

Tilda Swinton is filming the adaptation of Shriver's book

She is adapting Claire Tomalin's award-winning biography The Invisible Woman, an account of “hidden life” in Victorian England.

And Shriver's best-selling novel about the feelings of a mother towards her teenage boy who goes on a high-school killing spree, starring Tilda Swinton, is already in production.

Other projects include Three Sixty, from screenwriter Peter Morgan, described as a “multi-stranded tale of love and sexual obsession”.

“I'm really proud of the range, quality and diversity of our current slate,” said Christine Langan, creative director of BBC Films – the feature film-making arm of the BBC.

She added that the “great work… reflects the deep pool of British writing talent”.

“These collaborations, alongside Vertigo's Streetdance, Britain's first 3D movie, represent our determination to deliver as eclectic, innovative and dynamic a mix as possible from established and brand new talent alike,” she said.