PIRATES OF THE CARIBBEAN 4 ‘TO BE MADE IN 3D’ 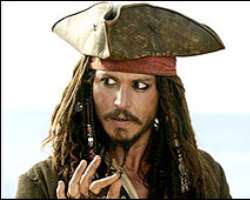 Continue reading the main story
Paying the price for 3D roll-out
The fourth Pirates of the Caribbean film is to be made in 3D, according to reports from the US.

Disney are planning to shoot the movie in the format rather than converting it at a later stage, Variety says.

The film, subtitled On Stranger Tides, will see Johnny Depp reprise his role as Captain Jack Sparrow and is due for release in May 2011.

Disney recently scored a box office success with Alice in Wonderland, which was available in 3D.

The availablity of the format helped to boost the film's cinema takings.

Prince of Persia: The Sands of Time, another Disney film which is due for UK release on Friday, has remained in the conventional format.

It was filmed in 2008 and did not undergo a post-production conversion into 3D.