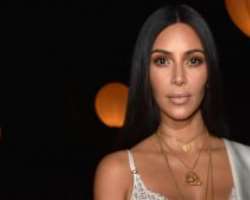 Kim Kardashian is seeing quite a bit of headway in the investigation regarding her terrifying Paris robbery in October.After 17 arrests were made earlier this week regarding the burglary, the spokesperson for the Paris Prosecutor’s office confirms to NBC News that three of the suspects have been charged. Marc Piasecki/GC Images The men were the first of ten people who are currently in custody to be charged. NBC can also confirm a fourth person, 27-year-old Gary M.—the brother of the  limo driver Kim used while staying in Paris in October—is being presented to the investigating judge.Originally, E! News reported  17 people were arrested in connection to her robbery, during which she was bound, gagged and held at gunpoint as the robbers stole nearly $11 million worth of her jewelry . Police confirmed 14 of the suspects were men and three were women. The oldest suspect is 72-Year-Old Pierre B.A source told E! News that Pierre, the suspected ringleader of the heist, was arrested after officers broke down the gate of his villa in the south of France.

French newspaper Le Monde also revealed that DNA was found on the hose clamp that matched the police records of a man arrested for armed robbery, which was the ultimate lead for authorities. They were able to make other arrests after watching the CCTV images around the hotel in the days and hours leading up to the robbery.

As for Kim, though she’s still recovering from the incident, we’re told she’s feeling relieved after the arrests were made this week.