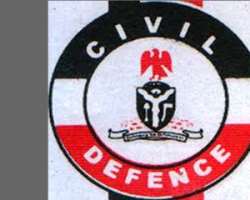 The Governor of Ekiti State, Mr. Ayodele Fayose has directed that the NSCDC Ekiti State, should vacate her Command Headquarters situated along Afao Road with immediate effect, or pay N27.5million within 5days. The Command Headquarters was allocated to the Corps in 2010 when Engr. Segun Oni was Governor and was sustained by the successive leadership of Dr. Kayode Fayemi.

Governor Ayodele Fayose was quoted that “the need became necessary because the State may find it difficult to pay salaries of civil servants in 2017” despite just received N8.5billion Paris Club Fund. He said the era of government providing accommodation for the Security outfits in the State is gone, emphasizing that he cannot be proving counterpart support for a Buhari-led Government agency as an opposition leader.

A source who pleaded anonymity spoke with our correspondent that “in a visit by the Commandant of the Corps with the Governor, the government had valued the facility at N27.5m and every effort to appeal to the Governor to buy little time to get the Corps organized was rebuffed by Governor Ayo Fayose.

Speaking further, the source said “As it stands, the officers of the Corps as law abiding and highly disciplined will not take laws into her hands as law enforcement officers, rather, we have commenced the process of contributing half of our salaries and will also solicit for funds to buy the place for our comfort.

It is highly unfortunate that despite the fact we pay tax running to hundreds of millions to the State Government and had some of our officers fallen in service to our fatherland, we got this poor welfare package in the new year, but we shall keep it dear in our heart for history sake”