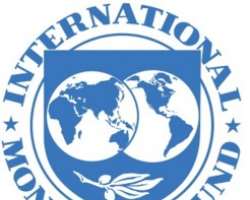 On January 5, the Executive Board of the International Monetary Fund (IMF) completed the seventh review of Uganda’s economic program under the Policy Support Instrument (PSI).1 The Board’s decision was taken on a lapse of time basis.2 In completing the review, the Board granted a waiver of the nonobservance of the end-June 2016 assessment criterion on the overall deficit of the central government.

Uganda’s economy has performed reasonably well in a complex environment. Growth slowed marginally to 4.8 percent in FY15/16, reflecting muted sentiment in an election year and adverse global and regional developments. The current account deficit improved by 1 percentage point to 5.9 percent of GDP, and the Shilling has stabilized after a sharp depreciation in 2015. Growth is projected to nudge up to 5 percent in FY16/17.

Uganda remains at a low risk of debt distress

Program performance under the PSI has been mixed. Tight monetary policy in 2015 has helped contain inflation in the target range, and the Bank of Uganda (BoU) has started an easing cycle in April 2016. Reserve cover remains adequate. Fiscal revenue and deficit targets were missed, reflecting lower-than-expected growth and election effects. Investment spending fell short, while current expenditure overshot. Structural reforms have progressed, albeit with some delays.

The banking sector remains overall well capitalized, despite elevated non-performing loans. The BoU appropriately took over an undercapitalized bank and is identifying a strategic investor.

Uganda remains at a low risk of debt distress. The scaling-up of infrastructure investment implies a temporary increase in debt, putting a premium on domestic revenue mobilization and ensuring that public investment yields the intended growth dividend.

1 The PSI is an instrument of the IMF designed for countries that do not need balance of payments financial support. The PSI helps countries design effective economic programs that, once approved by the IMF's Executive Board, signal to donors, multilateral development banks, and markets the Fund's endorsement of a member's policies (see imf.org/external/np/exr/facts/psi.htm ). Details on Uganda’s current PSI are available at imf.org/uganda .

2 The Executive Board takes decisions without a meeting when it is agreed by the Board that a proposal can be considered without convening formal discussions.