Chief Odion Olaye In Conspiratoral Alliance With The Ag. Provost, College Of Agriculture, Iguoriakhi, Edo State (Dr. Obasogie F.O) Threatened To Kill Me On The Strength Of My Advocacy For The Course Of The Commoner 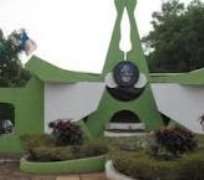 We now live in times where might is right, lies are told by the high and mighty, officers saddled with upholding justice wallow in injustice, advocates of the commoners are harassed, threatened, and even molested. These times are bad times but we are determined to sustain the struggle even in pains and break fallow grounds for the emancipation of the weak from the iron grip of the strong and the enthronement of justice.

My attention was called on the 5th of January, 2017 to the very pathetic and callous acts by the duo of Chief Odion Olaye and the Ag. Provost, College of Agriculture, Iguoriakhi, Edo State (Dr. Obasogie F.O) against one Miss Stella Eloghosa Omorogbe who ordinarily ought to be serving in Anambra State but for the wicked elders of our time which must be told to the public.

The facts are that Miss Stella was said to have a tie with the said Odion Olaye (who is a close friend and political associate to the Ag. Provost, College of Agriculture) before April 2015 when she broke the tie. At what point she became a recipient of continuous threat from Odion Olaye. Miss Stella had graduated from the College of Agriculture with final clearance done and result issued. She was mobilized for NYSC and received a CALL UP LETTER from the NYSC posting her to Anambra State.

She said she received a call one night from the Ag. Provost asking if she has collected her result but for the fear of the unknown she answered in the negative. The provost directed her to liase with one Mr. Uzor who is said to be incharge of mobilizing students for NYSC. When she contacted the said Mr. Uzor, she was told her name has been deleted from the NYSC list and that she revert and sort out things with the provost.

Worried by this development, she informed her father who put a call across to the provost immediately. The provost told the father to ask Miss Stella to see him in his office. She hastily went to the provost’s office and the provost asked if she knows one Odion Olaye and that she should go and settle with him before she can be allowed to go for NYSC. Unfortunately for the Provost the conversation was recorded. (I shall post the audio recording of the conversation here shortly in Volume 2).

While Miss Stella received her CALL UP on the 21st of November, 2016, she proceeded to the NYSC camp in Anambra State on the 24th of November, 2016 and commenced registration and getting to the last stage of registration on the 25th of November, 2016, she was estopped and told a letter just came in from her school that she should be sent back because her result was forged. All effort to forge ahead was thwarted and while in pains she received a call from the said Odion Olaye that this is just the beginning and that more are coming. She cried back home in Benin City.

Miss Stella found if convenient to petition to the office of the Assistant Inspector General of Police (AIG), Zone 5, Benin against the duo for conspiracy, threat to life and attempt to frustrate her life. While the Zonal Investigation Bureau (ZIB) headed by CSP Ernest Okogwe’s investigation was going on, she smelt a rat and saw the need to crave for further assistance in our office. Sadly the compromise of the police in the manner is now beyond measure as the police are now planning to charge Miss Stella for giving false information.

The Assistant Inspector General of Police (AIG) called for interview of the parties, the Ag. Provost shamelessly told the AIG that Miss Stella had a carryover course and as such could not have graduated hence his recall. It is correct she had a carryover but same was waved as was the case for others who are currently serving the nation.

Having been rattled by the testimony and documentary evidence of the Registrar who signed the result and the Exams and Records Officer who prepared the results that the management board waved and approved the graduation of any student who had just one carryover course ditto for Miss Stella and that they are bemused at the turn of event, the Ag. Provost sort to vent his splin on me for humbly requesting him to either allow Miss Stella Return back to NYSC or recall all those who are currently serving and had one carryover.

At the end of the interview with the AIG, the provost was URGED to enable Miss Stella go for youth service but that her allegation of threat to life and attempt to frustrate her was false and that she be charged for assault and giving false information to the police. Travesty of justice.

THREAT TO MY SOUL.
The Ag, Provost found my request to either allow Miss Stella Return back to NYSC or recall all those who are currently serving and had one carryover during the interview with the AIG offensive and warned me outside not to address him in that manner anymore. I tried getting close to him to synchronize his thought but surprisingly heard the said Odion Olaye interfering in the following manner: WHY YOU DEY NEAR AM, YOU WAN FIGHT AM, IF YOU TRY AM, NA MAN LIKE YOU, HE GO BRING YOU DOWN. I politely responded to him by saying: oga I wasn’t referring to you and he again said to me: IF YOU TALK TO ME I KILL YOU.

I briskly walked to the office of the O/C Zonal Investigation Bureau (ZIB), CSP Ernest Okogwe to report this development and he followed me while ranting into the office and in the present of the O/C and four (4) others, he said the following in pigin english and in bini language while menacingly pointing his fingers at me thus: BECAUSE I DEY LOOK UNA SINCE, YOU WHEN I WAN DRIVE PASS E HOUSE, INFACT YOU TOO SMALL, I GO TELL MY JUNIOR BROTHER TO TEAR YOU TO PIECES. I politely told him that I can’t be intimidated.

Painfully, the O/C never reprimanded him but exchange pleasantries with him and bade him bye. This is a man who is supposedly saddled with the responsibility to protect life and property.

I have continued to wonder when advocating for the commoner has become a problem. I use to have deep respect for CSP Ernest as a forthright officer but I am afraid he is sitting on the lap of delilah and may deprive himself of the heroic. I shall give reasons for this stance in volume 2 with documents.

The said Odion Olaye has a history of violence and conducts likely to cause breach of peace and will not take his threat likely.

By this threat, a new vista is opening and our determination to see Miss Stella returns back for her youth service and the Ag. Provost is sent packing for lacking in capacity and abuse of office is strong.

Although they have boasted that no pot in the state can cook them and have continued to use their contact as APC chieftains to pervert justice. Time will tell.

All those who think they can cover the sun with their palm will soon find the heat unbearable.