NBS to release 162 reports on economy 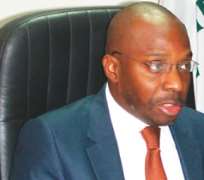 The National Bureau of Statistics (NBS) is to release no fewer than 162 reports on different sectors of the economy this year.

According to the 2017 tentative data release calendar posted on the bureau's Website on Monday in Abuja, the NBS is expected to release 34 data in the first quarter.

According to the calendar, the bureau released data on consumer price index and inflation, price watch on diesel, petrol and kerosene.

Also in the statistics are foreign trade merchandise, airline and passenger travel, multiple indicator cluster survey and report on women and children.

The bureau is expected to release 43 data in the second quarter.

It will also focus on airline and passage travel data in addition to petroleum products and inflation reports.

However, the bureau will be releasing 47 reports in the last quarter which will be the highest data in the year.

It will also be releasing social statistics report for 2016, demographic statistics bulletin and 2016 statistical report on men and women, among others.

The bureau will also be releasing monthly reports on FACC disbursements, consumer price index and inflation reports as well as price watch on diesel, petrol and kerosene. - NAN.