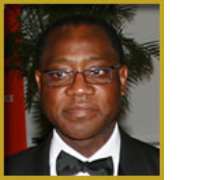 The Minister of Finance, Mr. Olusegun Aganga
There are indications that a number of states are facing a looming cash crunch, following dwindling monthly allocations from the Federation Account, an online financial intelligence website, economicconfidential.com, reports.

The report said that the cash crunch was due to dwindling revenue from oil, reckless spending by some state governments and arbitrary deductions to pay for the Joint Venture Cash Calls. The website learnt that only Lagos, Kano and Rivers states might survive the looming crunch, unless President Goodluck Jonathan approves the release of more funds from the Excess Crude Account; to beef-up the monthly allocations from the Federation Account.

The website reports that at last Friday's meeting of the Federation Account Allocation Committee in Abuja, representatives of the 36 states and the Federal Capital Territory suspended further consideration of the statutory allocation as well as arrears for the month.

They said the figures released at the meeting amounted to 'meagre allocations' and insisted on the implementation of the 2010 Appropriation Act; from January to April on the basis of N58 per barrel with payments of the arrears.

The report said that with less than $5bn left in the Excess Crude Account, if revenues plummet further, many states would be grounded financially. It stated that only a few of them may be able to pay the salaries of civil servants salaries in the next three months.

Apart from the fact that revenue from gas has not been accounted for in many months, the report said, revenue from crude oil sales is being directed to servicing joint venture cash calls, leaving the Federation Account with revenue from the Federal Inland Revenue Service, Nigeria Customs Service and Petroleum Profit Tax.

It said that the FAAC had resorted to the ECA, in its naira equivalent, to finance monthly allocations to all tiers of government because of the dwindling revenue. It said that the revenue from gas was no longer getting to the Federation Account because it is no longer reflected data on gas.

Banks are reluctant to provide fresh loans to states that had depended on borrowing to finance their budgets because of weak internal revenue drives, it said. The banks' refusal was necessitated by a circular from the Central Bank of Nigeria in 2009, which limited loans to the public sector to 10 per cent of their overall credit portfolios.

This was in an apparent effort to divert more funds to the private sector, the repot said, adding that by this development, the three tiers of government may have to look outside the banks for financing.

The report said the Federal Government had made plans to part-finance its obligations from domestic money market and foreign loans. It said that last year's budget had a deficit of over N1trn, which the government financed largely through short-term borrowing from banks.

At Friday's meeting, the finance commissioners insisted that the arrears of about N746bn, representing the differential between the actual receipts distributed in the last three months and the budget estimate, should be paid along the statutory allocation as well as the augmentation.

However, the Chairman of FAAC and Minister of State for Finance, Mr. Aderemi Babalola, rejected the demand because of the huge amount involved and its likely effect on the economy. He insisted that approval to release more funds from the ECA had to come from Jonathan.

Babalola advised against any form of profligacy by all tiers of government to enable them to address the various fiscal challenges likely to be faced in the near future.

Ogun and Cross River states had declared recently that their revenues were dwindling. Currently, Ogun State Governor Gbenga Daniel and members of the state house of assembly are engaged in a confrontation as a result of the latter's refusal to approve a N50bn bond. The Cross River State Government has been rpessing the Federal Government to redress last year's transfer of 76 oil wells belonging to it to Akwa Ibom State, saying that the situation is hurting its finances.

When contacted for comments, Kwara State Governor Bukola Saraki, who is also the Chairman of the Governors' Forum, declined to make any categorical statement.

Speaking on his behalf, the governor's Chief Press Secretary, Mr. Masud Adebimpe, said on the telephone that Saraki would 'give a detailed response on the financial situation of the state tomorrow (today).'

The Abia State Commissioner for Information, Mr. John Nwokocha, confirmed that the state was adversely affected by the non-release of the allocation. According to him, 'It is normal that at the beginning of the month, states go to FAAC for their allocation; and if the allocation is not coming, of course, you know the implication. You have to run the office, pay salaries and meet other obligations. We spend N1.4bn to pay state civil servants monthly.

'To run government requires money. We are praying that Federal Government will hasten up. The problem now is with the Central Bank of Nigeria; they have not credited the allocations. The money has been approved by the FAAC but the problem is with the CBN. It is hurting us seriously.'

Although the Plateau State Commissioner for Finance, Mrs. Clara Gang, declined to speak on the situation, our correspondent gathered that the state's finances had been affected by numerous security challenges.

A source said the the state had been spending over 80 per cent of its resources on security matters. A top government official, who spoke on condition of anonymity, said, 'It will be critical if nothing is released to the state this month, because of the peculiar situation of the state. You know, we have to pay the security agents patrolling the streets and it will be a serious problem if we renege on this obligation.'