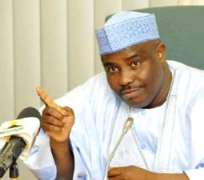 The attention of Sokoto State Government has been drawn to stories in the media to the effect that the State Hisbah Commission has been disbanded.

A statement signed by the Secretary to the State Government, Professor Bashir Garba, said the operations of the State Hisbah Commission, which is a creation of the law, has not been suspended.

Similarly, it should be noted that the leadership of the Commission is still in place and have not been suspended from duty.

By the provisions of the law establishing the Hisbah Commission, only the State Governor has the right to remove any member of the Commission from his/her duty, which in this case, nothing of such has happened.

For the records, the Ministry of Religious Affairs held a meeting with the leadership of the three factions claiming authority over Hisbah Commission in the State. An agreement was reached to harmonise their operations for the benefit of the citizenry.

That process is still on, and further communication will be made after due consultations with relevant stakeholders.

We implore journalists to always cross-check all issues with designated authorities before proceeding to press.