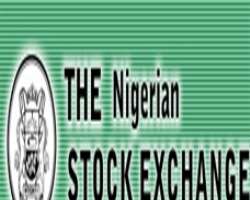 Prices of stocks came tumbling on Friday at the Nigerian Stock Exchange (NSE) in spite fair earnings of quoted companies released at the Lagos trading floor of the Exchange last week. A total of 53 stocks recorded drop in share prices compared with 35 gainers led by three oil majors of Total, Oando, and MRS Oil (Chevron).

It was thought that impressive audited financial results of UACN Plc, UAC Property Development Plc and AG Leventis (Nig) Plc would further lift the market. In its audited result for the year ended 31st December 2009 shows UAC Property's turnover stood at N13.331 billion as against N13.328 billion in 2008. Profit after tax stood at N2.386 billion compared with N3.682 billion in 2008. The board of directors recommended a dividend of 50 kobo per share and bonus of 1 for 4. The sister company, UACN Plc also released its impressive result to the Exchange with mouth watering returns to investors.

Courteville Investments Plc, Longman Nigeria Plc and a host of others also released their audited and unaudited results. But, in spite all the good results, share prices plummeted on Friday for the second time in the week leaving the market with slim appreciation.

The Banking subsector was the most active during the week (measured by turnover volume), with 893.56 million shares worth N8.71 billion exchanged by investors in 20,207 deals. Volume in the Banking subsector was largely driven by activity in the shares of Skye Bank Plc, UBA Plc and First Bank of Nigeria Plc. Trading in the shares of the three Banks accounted for 347.2 million shares, representing 38.85% and 15.43% of the subsector's turnover and total volume traded during the week, respectively. The Insurance subsector, boosted by activity in the shares of Guaranty Trust Assurance Plc and Mutual Benefits Assurance Plc, followed on the week's activity chart with a turnover of 632 million shares valued at N1.01 billion in 2,803 deals.