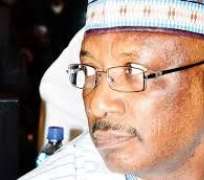 On the first working day of the year 2017 in Nigeria, the Minister of Interior, retired Lieutenant General Abdulrahman Bellow Dambazau directed the issuance of an innocuous press statement aimed at arresting the rising tension and dangerous dimension the unfortunate crisis in Southern Kaduna was taking in the country.

In the statement, the Honourable Minister urged Nigerians not to allow themselves to be dragged in to religious conflicts of any kind following the insinuation that the criminal violence in Southern Kaduna has some religious undertones.

He added that criminals who perpetrate violence against innocent law-abiding citizens do not discriminate along religious and ethnic lines citing the examples of similar incidence in Enugu, Lagos, Kastina, Niger, Taraba and Zamfara States.

He further advised that criminals; whether they are armed robbers, drug traffickers, cattle rustlers etc should not be glorified by attaching religious or ethnic sentiments to their anti-human activities. In lieu of this, the Minister sued for caution by calling on Nigerians especially the opinion and religious leaders to refrain from giving ethnic and religious colouration to the crisis between the herdsmen and sedentary farmers in Southern Kaduna.

While hinting of the directive to the Nigerian Police to ensure the maintainance and sustainance of law and order as well as arresting and prosecuting those involved in such criminal activities, the Minister enjoined Nigerians to focus attention on the real enemies of our society who illegally acquire weapons to terrorise both Christians and Muslims in the country.

For a man saddled with the responsibilities of maintianing law and order as well as ensuring internal cohesion in Nigeria, such a call is not out of place! Hence, Nigerians are disturbed by the banner and screaming headlines in some of our national dailies and few online news outfits. One of such headlines reads ''Southern Kaduna Killings: FG, CAN, Catholic Church in War of Words.'' In the story, some religious leaders personalised the Ministers's innocuous statement. For Example, Secretary of the Christian Association of Nigeria (CAN), Kaduna State Chapter, Rev., Sunday Ibrahim asked ''Why should Dambazau not wait for the much talked about investigation in to the massacre and bring out a conclusion?''

Also, the National Secretary of CAN, Rev., Musa Asake was quoted as saying it would be an unfortunate thing for a Minister like Dambazau to say that Christian leadership in the country was fanning the embers of hatred.''

From the varrious reactions so far, one thing that is obvious is the attempt to personalise the Minister's innocuous statement even when there is no line or paragraph in the statement that contained such.

In my opinion, I believe that General Dambazau being a security operative and scholar with much hindsight, insight and foresight on how unchecked similar religious tensions caused the Bosnian Genocide of 1991 as well as the ethnic cleansing between the Hutus and the Tutsis tribes of Rwanda led to the Rwandan Genocide of 1994, the Minister acted promply to pre-empt possible cataclysm incendiary remarks could cause in Nigeria.

Suffice it to say that the Minister only reminded stakeholders especially the opinion and religious leaders of their resposibilities as contained in the Geneva Spiritual Appeal (GSA) of 1999 which demanded an end to religion as a cause of violence.

The GSA document was signed by leaders of the world's religious and humanitarian organisations among which were Judaism, Christianity, Islam, Red Cross, World Health Organisation, United Nations High Commision for Human Rights and Refugees in October 1999 in Geneva, Switzerland.

Few text from the Appeal reads; Because our personal convictions or the religions to which we owe allegiance have common rejection of hatred and violence... we appeal to the leaders of the world, whatever the field of their influence to strictly adhere to the following three principles, (1) A refusal to invoke a religion or spiritual power to justify violence of any kind. (2) A refusal to invoke a religion or spiritual source to justify discrimination and exclusion. (3) A refusal to exploit or dominate others by means of strength, intellectual capacity or spiritual persuasion, wealth or social status.

Therefore, let me conclude by saying that instead of reading sectional and personal meaning to the Minister's innocuous call on opinion and religious leaders to refrain from comments capable of heightening tension in Southern Kaduna or any parts of the country, it will be more welcoming to Nigerians if collaborative efforts are made to arrest and prosecute the criminal elements behind the dastardly acts in Southern Kaduna.

Comrade Edwin Uhara is a Journalist and Public Affairs Commentator.