Nigeria emerges as an unlikely example of progress, tolerance 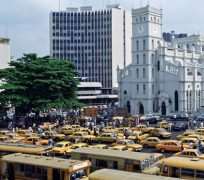 A trip is often defined by its surprises, so here are my biggest revelations from six days in Lagos, Nigeria.

Most of all, I found Lagos to be much safer than advertised. It is frequently described as one of the most dangerous cities on Earth. Many people told me I was crazy to go there, and some Nigerian expats warned me I might not get out of the airport alive.

The reality is that I walked around freely and in many parts of town. I didn’t try to go everywhere or at all hours, and I may have been lucky. Yet not once did I feel threatened, and I strongly suspect that a trip to Lagos is safer than a trip to Rio de Janeiro, a major tourist destination. (In my first trip to Rio I was attacked by children with pointed sticks. In my second I found myself caught in a gunfight between drug lords). Many Lagos residents credit the advent of closed-circuit television cameras for their safety improvements.

If you’re an experienced traveler and tempted to visit Africa’s largest and arguably most dynamic city, don’t let safety concerns be a deal killer.

The surprises mount. For all the negative publicity, many parts of Nigeria, especially Lagos, could and should serve as exemplars for religious tolerance.

The reports of Boko Haram and terror killings are well-known, and they reflect the interlocking and sometimes deadly combinations of regional, religious, sectarian and ethnic identities in the country, not to mention extreme inequalities of income and opportunity. Yet Nigeria has about 180 million people and is larger than Texas. The violence is the most frequently reported story in the West, but the underlying reality is far more complex and shows positive features.

The city of Lagos is, in many regards, a marvel of religious tolerance. Nigeria is about 50 percent Muslim and 40 percent Christian, and the area surrounding Lagos is also highly mixed in terms of religion. That may sound like a recipe for trouble, but in matters of religion, Lagos is almost entirely peaceful. Religious intermarriage is common and usually not problematic, as is the case in many other parts of Nigeria as well. Many top Nigerian politicians have married outside their religion, kept two separate religions in the family and enjoyed continued political success.

Consider the scale and speed of this achievement. Lagos, with a population of about 20 million, is larger than many countries. It is the most commercially oriented part of Nigeria, and it grew so large only in the last few decades, as it attracted entrepreneurially minded people from many parts of Nigeria and other African countries. By one estimate, 85 new residents arrive every hour. That may sound chaotic, but in essence Nigeria has in a few decades created an almost entirely new, country-sized city built on the ideals and practice of religious tolerance.

The current president, Muhammadu Buhari, is a Muslim who was supported in his election by many Christian leaders, on the grounds that he would fight corruption more effectively. His running mate served as a Pentecostal pastor.

The recent history of Nigeria, Lagos in particular, is also a counterweight to some recent Western political trends. Many Westerners today fear resurgent nationalism, as illustrated by the U.K.’s vote to leave the European Union and the election of Donald Trump.

In Nigeria, nationalism is largely a progressive force, bringing the country together and allowing nation-building and infrastructure development. However imperfect or backward these processes might be — Nigeria has at least 270 distinct ethnic groups and 370 languages — in Nigeria one is rooting for nationalism to succeed. And it’s in Lagos, the country’s largest and most important window to the outside world, where the understanding of the importance of a common and stable national identity has made such progress.

Many Westerners used to consider much of Africa backward in this regard, but we Westerners are learning again that national cohesion isn’t always so easy. Perhaps the political spectrum in many Western countries can realign itself in a direction analogous to some features of Nigeria, to ally liberalism and nationalism once again.

Tyler Cowen is a Bloomberg View columnist. He is a professor of economics at George Mason University.  Twitter:   @tylercowen .