Isn’t it time we had a Heroes’ Day? 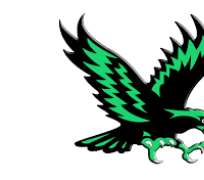 January 15 is here! Mark the date! January 15 is one date on the nation’s calendar that never fails to intrigue. Mark the frenzy that characterizes the build up to that date and you begin to get the impression that there is huge money in rituals! Anyway, Nigeria will continue to mark important dates on its calendar; what will not continue is how millions of Naira is appropriated to celebrate national rituals. Let’s thank God for the Buhari/Osinbajo administration that has effectively taken care of that!

Lest you begin to wonder, January 15 is the date set aside to salute Nigeria’s fallen heroes. Those fallen heroes are soldiers who died in the two world wars of 1914 to 1918 and 1939 to 1945 and those who died during the 30 month long Nigerian civil war. Emphasis here is on soldiers, not the millions of non-combatant casualties, especially civilians who died during needless Nigerian civil war. The civilian victims will have to wait for an imaginative government in the future to carve out a date to remember them.

This misnomer takes a lot of shine off the annual ritual on which, until the Buhari/Osinbajo administration appeared on the stage, we spent millions of Naira to celebrate every January 15.

Celebrating an Armed Forces Remembrance Day on a date the Nigerian civil war ended does little to heal the wounds of that avoidable, better-forgotten war. More vexing is that, on that date in 1966, some over pampered members of the Armed Forces, under the cover of darkness, invaded the homes of prominent leaders of the First Republic and murdered some of the finest leaders of the country.

In Kaduna, Major Patrick Chukwuma Nzeogwu took advantage of his closeness to Sir Ahmadu Bello, the premier of the old northern Region, invaded the premier’s lodge when honest men are expected to be in bed and killed the main tenant and his wife in cold blood. Reports had it that Nzeogwu did not have problems entering the home of Sardaunan Sokoto even at that unholy hour because he was well known in the Premier’s official quarters. He was not restrained because no member of the Premier’s security detail thought the young army officer that Sir Ahmadu Bello fondly referred to as my sonwas capable of taking the life of his mentor!

In Lagos, some soldiers invaded the official residence of Sir Abubakar Tafawa Balewa, the nation’s first and only prime minister, disrupted his mid night prayers and took him away, at gun point, to be killed. His killers, some of the soldiers the nation ironically salutes every January 15, dumped the corpse of Sir Abubakar Tafawa Balewa in a shallow grave in a bush near Otta, in in Ogun state. Also executed, Gestapo-like, were Chief Samuel Ladoke Akintola, premier of the defunct Western Region and Festus Okotie-Eboh, the nation’s finance minister.

Aside killing these political leaders, the soldiers effectively ended the nation’s bourgeoning democracy and set the stage for a long military interregnum. The immediate effect of the actions of the Nzeogwu led bloody coup was the suspicion it introduced into the Armed Forces which eventually led to the needless and avoidable 30 month civil war. Nzeogwu and most of his fellow conspirators are dead, but continue to be presented to Nigerians, alongside deserving members of the Armed Forces, as the best thing to happen to Nigeria! This is for the simple reason that they were members of the Armed Forces whose fallen members are remembered every January 15.

What makes the death of the political leaders of the First Republic even more painful is that the men were innocent of the cooked-up charges of treasury-looting levelled against them. None of the men had stolen public funds, had stashed away millions of foreign currency in local or foreign banks or lived above their earnings. All of them, with the possible exception of the flamboyant Chief Okotie-Eboh actually maintained spartan life styles. Even in the case of Okotie-Eboh, his killers never substantiated claims that he amassed public funds to drive his flamboyant life style.

For Sir Ahmadu Bello, his only worldly possessions were two mud houses, one in Sokoto and the other in Wurno, all in present day Sokoto state. At the time he was killed, the prime minister, Sir Abubakar Tafawa Balewa was still indebted to his bank for an over draft he drew for the upkeep of his family! So, were these men killed because they were corrupt as alleged by their killers? Nothing can bring back these men but there will always be a big question mark as to why the nation continues to celebrate them. What, exactly, do we celebrate on January 15?

If truth be told, the act of men constituting themselves into prosecutors, judges and hangmen in their dealings with compatriots is wrong especially in a highly-rated and respected profession such as the military. It does not matter whether the crime was committed last night or last century. Half a century on, nobody deems it fit to make a public apology for a crime committed by members of the Armed Forces. All we get is a special date set aside to celebrate hollowness.

There is absolutely nothing wrong with an Armed Forces Remembrance Day. By all means, the event should continue to be celebrated but let another date be chosen for this purpose. Members of the Armed Forces have been central to the unity and survival of this country and they deserve to be celebrated. But, we should not continue to pretend that heroes are only produced through the barrel of the gun.

Truth is, there are no non-military Nigerian heroes too; Nigerians who struggled for independence and those who advanced and championed the course of democracy are heroes who deserve to be celebrated. This is why there is an urgent need to set aside a day to celebrate and salute outstanding Nigerian heroes and heroines. And, for all intent and purposes, January 15 fits the bill.

A caveat, though! If, for whatever reasons January 15 is too appealing to be retained as Armed Forces Remembrance Day, then it is not out of place to set another date aside as Heroes Day. Like January 15, a Heroes Day does not have to b a work-free day.