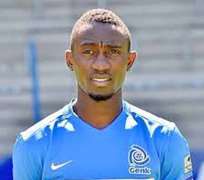 Nigerian International and Genk midfielder, Wilfred Ndidi is set to move to the English Premier League side Leicester City for £15million .

Ndidi played in Tuesday night's 2-0 win over Gent and  had confirmed that he had played his last game for the club prior to moving to England at the end of the week.

Already, Leicester City had agreed to the deal  to bring  Ndidi on board. The Nigerian youngster,  is expected to  sign on a permanent deal with the EPL champion for £15 million ($18.4 million) when the winter transfer window opens on January 1.

He will join compatriot, Ahmed Musa who signed a four -year deal with the club for £16m in July 2016.

'This was my last game for Genk,' he said. Ndidi had already passed his initial medical tests with Leicester.

Leicester had struggled to match last season's stunning Premier League title win since the start of the new campaign.

Claudio Ranieri's side is only three points above the relegation zone following Monday's 2-0 defeat at the King Power to Everton.

Leicester only lost one of its key players in the summer - N'Golo Kante - and Ndidi's arrival is expected to deal with his loss.

Nampalys Mendy, who joined the Foxes from Nice in the transfer window, had struggled with injury. A series of other midfielders had struggled to fill Kante's boots.