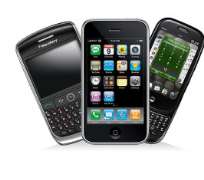 New data released by money transfer service World Remit shows that Ugandans are leading the globe when it comes to a new way of receiving remittances - getting them sent direct to their phones.

The World Bank estimates that $1.099billion will have been sent home by Ugandans abroad in 2016, contributing to four per cent of GDP.

The reason behind this rapid change is the tremendous success of Mobile Money in recent years.

According to Bank of Uganda, only about six million Ugandan adults have an account at a formal financial institution, a figure which hasn't changed much over the years.

Mobile money on the other hand has seen a dramatic growth. There are now 21 million mobile money accounts in Uganda - and the majority of adults have one.

In the space of a year, WorldRemit customers now send 20,000 transfers to the MTN Mobile Money accounts of their friends and relatives in Uganda, with over 100 new customers signing up every month.

In fact, 77 per cent of all WorldRemit transfers to Uganda now go to mobile money accounts.

No more taking the bus to your nearest town to visit the forex bureau. No more standing in line. No more worrying about safety when carrying large amounts of cash.

Uganda is already renowned for being one of the most tech-savvy countries in the world when it comes to the adoption of mobile money. Now we're seeing Ugandans at the forefront of mobile money remittances.

With over 400 million registered accounts worldwide, Mobile Money is transforming lives by allowing people to access financial services for the first time. And following Uganda's example, it will almost certainly become the method of choice for receiving remittances in many countries around the world. – The Monitor.