The task before the newly- elected LG executives in Abia 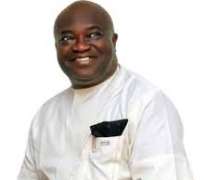 On the 21st of December, 2016, local government election that has eluded Abia State for almost a decade was succefully conducted in the 17 local government councils and 292 Abia State Independent Electoral Commmission (ABSIEC) wards in the state. Subsequently the new local government admionistrations were inaugurated during a swearing- in ceremony at Michael Okpara Auditorium on the 28.

Earlier, ABSIEC had directed all candidates of political parties intending to participate in the election asked to proceed to ABSIEC’s headquarters for collection of nomination forms not later than October 14. The election which was originally scheduled for December 17, 2016 was shifted to December 21.

There were mixed reactions greeting the conduct of the election. Some were optimistic that the election would hold while the pessimists as well those who cannot see anything from the positive angle dismissed the announcement as unachieveable. With the successful conduct of the election, Governor Okezie Ikpeazu demonstrated at a higher scale that his words will always remain his bond- and this has won him more admirations from Abians.

Now that the election has been conducted successfully and the democratically- elected executives have been inaugurated in the various local government areas of the state, a huge task is now before the chairman and councillors of the local government councils.

The importance of the local government, which is referred as the third tier of government in Nigeria, cannot be over- emphasisesd. It is defined as the lowest level of government in a country established by law to ensure the effective and efficient administration of the localities or rural areas. The United Nations Department of Public Administration defines the local government as the political sub-division of a country which is designed by law and has substantial control of local affairs, including power to impose levies and exact labour for prescribed purposes.

The local government is an indispensable unit of the federation. It is the tier of government nearest to the people. Part II, Section 7 (1) of the 1999 Constitution of the Federal Republic of Nigeria (as amended 2011) guarantees that the government of every state shall ensure the existence of local government under a law which provides for the establishment, structure, composition, finance and functions of such councils.

The local government is created to bring government nearer to the people; serve as the medium to articulate and promote local interest; act as the instrument for political education; and promotion of rural development. Others are to mobilise and harness local resources; and to serve as link between the rural dwellers and other tiers of the government.

Unarguably, the highest concentration of a country's population, especially in the developing world, is concentrated in the rural areas. This is why the local government tier of government is as important as water is to fish.

Others are disposal of refuse;building of primary schools; collection of rates; radio and television licenses; licensing of bicycles, trucks, wheel barrows; naming of streets, roads and numbering of houses, registration of births, deaths and marriages; establishment and maintenance of recreational facilities; and regulation of outdoor advertisements,movement of domestic animals, shops and kiosks, restaurants and food and liquor vendors.

Gov. Ikpeazu’s administration has demonstrated strong resolve to close the gap of infrastructural development between rural areas and the cities. He had constituted the Abia State Rural Infrastructural Development Initiative (ASTRIDE).The initiative is charged with providing at least one project in each of the 184 INEC wards in the 17 local government areas of the state.

Therefore, the local government executives are hereby charged to be pragmatic in their approach to governance. They can only achieve this be appointing the right persons in the right persons. They will do this state a great service by appointing persons with requisite expertise into positions. Henceforth, political appointments in the various local government councils should not be solely on political patronage.

To fix the local government is to fix greater percentage of the problems bedeviling Abia and to lessen the burdens on the shoulders of Gov. Ikpeazu. Abians once again thank the governor for keeping to his promise.