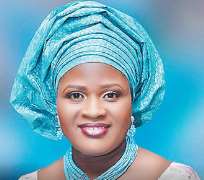 Two days after 50-year-old Customs officer, Mrs. Comfort Baikie, was abducted in FESTAC area of Lagos, her kidnappers released her late on Thursday.

Her vehicle in which she was driven away, black Nissan Murano, has not been found.

Her daughter, Faith, announced on Twitter at about 10pm on Thursday that she was back home.

“My mum has been released! Spending Christmas with my mum. Tears of Joy. Thank you all for everything; your prayers and support. My God will bless you. You don’t know what this means to me,” she tweeted.

Faith, earlier on Thursday, had raised concern about her mother’s physical condition as apprehension rose when no word was heard from the kidnappers.

Baikie, a Superintendent in the Nigeria Customs Service in Lagos, was abducted at about 8pm on Tuesday, December 20 by two armed men wearing black.

“We were in her black Nissan Murano SUV, at the parking space of an eatery in FESTAC. We had not spent up to 20 minutes when the two men started coming close. My sister ran out of the vehicle. The other one was struggling with mum when the second one came up to me and pointed the gun at me. He told me not to shout.

“I ran out of the vehicle too and my mum was taken. The guy who was struggling with her was the one who drove the SUV. I was screaming for help but no one came to our aid. It happened so quickly.”

As hours went by without any lead about her whereabouts, an online campaign started, calling on security agencies to find her before she was harmed.

The President, Public Interest Lawyers’ League, Abdul Mahmud, had released a statement at the time, saying that the Inspector-General of Police, Ibrahim Idris, should deploy a quick intervention to ensure her rescue.

He said, “Mrs. Comfort Baikie is a dutiful mother of two teenage girls, who should ordinarily be spending this Yuletide with her family. We are worried by her safety and the tremendous impact of her present circumstances on her health and on her daughters,who witnessed the unfortunate incident.

“We hereby call on the Inspector-General of Police, and the Commissioner of Police, Lagos State Police Command to do all within their powers to secure her safe release.”

The spokesperson for the Lagos State Police Command, Dolapo Badmos, simply confirmed the report with “she has been released” while ignoring other inquiries about police involvement in the woman’s release.