Open Letter To Emmanuel Uduaghan: Now That Ibori Is Released, What Lessons Are You Learning? 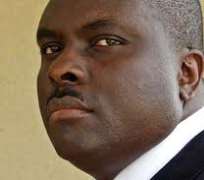 That is the thing about lesson, you always learn them when you don’t expect them or want them

Cecelia Ahern
Your Excellency,
I’m pretty sure that the last 24 hours must have been the worst hours of your life. The only one that comes close may be when your favored candidate lost the Peoples Democratic Party (PDP) gubernatorial primaries in 2014.

I do not need to bore us with the reason (s) behind your sleepless nights. For people like us who have taken it upon ourselves that you must go to jail, we have also armed ourselves with overwhelming evidences to make it come to pass. To us, you are our project topic and we must defend it to the last letter. Your political intrigues against your younger brother, James Ibori, who singlehandedly made you whom you are today is not lost on us, including the ones that the public are not aware of. Before Ibori comes back to Nigeria, we will chronicle your many sins against him in special reports.

As I got exclusive pictures from London on Ibori’s freedom, which I circulated on social media that went viral, I asked a prominent Deltan who was at the venue of the celebration and even spoke during the small freedom party if you were there; the answer was in the negative. Quickly, I made some calls to confirm why you were not there to receive the man who made you a governor and the answers I got confirmed the earlier exclusive news about your wickedness to your benefactor. No matter the excuse you will give today for not jetting to London like Senator Peter Nwaoboshi did, you cannot be forgiven. If for political reasons you could not go, you should have gone using brotherhood ties as excuse and no one will criticize you, not even the holiest of men. But as they say in Warri parlance; ‘you don shit for church’.

Asamaigor, I’m very sure you have watched the video of Ibori’s party in London, where Nwaoboshi spoke. Your Excellency, when you saw the persons that went to see him in less than 24 hours after his release, how did you feel? Did you hear the names of the persons the Odidigborigbo of Africa made even while he was in prison? From Senate President to Governor as well as Local Government Chairmen, he made them all, without his presence in Nigeria. Yet you couldn’t even make yourself ordinary Senator.

Your looting of Delta State as a governor makes Ibori look like a saint and you the devil. How you successfully diverted N289 billion of Excess Crude allocation with nothing to show for it dwarfs all criminal records against Ibori. These are documented facts that can be presented when the time to begin your crucification comes. It can even be tendered tomorrow, if the anti graft agencies call for it.

You moving a whooping N40 billion as loan from the Delta State treasury into spurious accounts which you were the sole signatory without the House of Assembly approving it should make some of us billionaires, if the Federal Government keep their promise of giving 5% of all recovered loots. As usual, you will deny this, but the records are also available.

Why am I bringing up all these? It’s to compare you with Ibori who did not steal half of what you stole but went to jail for it. Though in jail, he called the shots of Delta State politics and the evidence can be seen in his release. Where will you escape to if Ibori can be jailed? The Edwin Clark, Ogbete and Co that sent Ibori to jail may not be eager to do same to you, but we are more than ready to do so to you.

If you go to jail which is 70% possible, who will visit you in prison? Who will show solidarity with you as was shown to Ibori over the years? Who will risk his or her reputations to stand by you like many did for Ibori? Who will publicly acknowledge that you made him or her as Ibori did? Sir, only three persons can say so, but unfortunately, you made them enemies to their own people. Ovuzorie Macaulay whom you made the Secretary to the State Government (SSG) is at loggerhead with his people, just as Joel Onowakpor who was your Chairman in Delta Board of Internal Revenue. Perhaps only the likes of Ben Igbakpa and Reuben Izeze will be the last man standing!

Ibori’s release from prison should serve as a pointer to you that you did not only fail Deltans but you failed yourself. The persons you claimed to empower today are nowhere to be found, but have all turned their backs on you to carry your cross. What you fear most is about to come to pass and as it seems, only Governor Ifeanyi Okowa and Ibori can save you as humans.

Your nemesis is about to begin with Ibori’s freedom. The lid which was covered since 2010 will be uncovered for Deltans and Nigerians to see you for whom you are. The unraveled murder of Ogbe Onokpite will now be opened just as the silent killing of the judge through poisoned Air Condition who refused your millions and was supposed to deliver judgment in favor of Ogboru will be let loose. This moment is what we have always waited for.

Make no mistake about this; blood may be thicker than water as some of your sycophants are singing on your betrayal of Ibori, but some blood are better left to flow away like menstrual pains, else they cause discomfort. You are one of such kind of blood.

Delta State you didn’t build; human empowerment you never did, but rather embezzled all the wealth for yourself. Your promise and fail became legendary, so much that a former Speaker confessed to me that “Uduaghan is the worst kind of leader. Anything he promises you, he never fulfills. He’s only good at using people when he needs them, but forgets them once they help him achieve his aim”. If this was the stock Ibori was made off, he would have long be forgotten. Only Godswill Akpabio and Rotimi Amaechi among the 2007-2015 South South Governors can get such loyalty Ibori gets, and sadly enough, you are not one of them even though you looted more funds than they did.

As you sew your prison coats of many colors, reflect on the life of Ibori and his ability to hold spellbound a people from faraway London. Take lessons from Governor Ifeanyi Okowa who empowered his constituents as a non governor and doing same now that he has climbed the exalted position. Take stocks of where you missed it and begin to make amends. It is never too late to turn back the hands of time.

*** For the records, I am not a huge fan of Ibori even though I acknowledge his works in Delta and political dexterity. Twice he has sent messages to me while he was in prison concerning my work as a journalist.