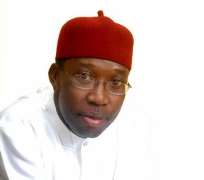 Delta State Governor, Senator (Dr) Ifeanyi Okowa has assured that his government was ready to partner with Civil Society Organizations in the state for the advancement of democracy and to be able to reach out to the yearning of Deltans especially those leaving at the rural communities.

Okowa who was represented by the Chief of Staff, Government House, Hon. Tam Brisbe, said Civil Society Organizations are veritable tools of achieving good governance, calling on Civil Societies in the state to give their maximum support to the government in order for it to achieve its SMART Agenda.

“Civil society organizations will help us actualize good governance in the nooks and crannies of the state and with the support of other relevant bodies”, Okowa posited.

According to him, “Civil Society Organizations are veritable tool for driving development”, acknowledging that the role of the body in conflict resolution, sensitization and advocacy cannot be overemphasized.

Earlier, the Special Assistant (SA) to the governor on Civil Engagement and Civil Society, Comrade Rex Emojite Ekiugbo Anighoro said, “in the 25 years of Delta State, civil societies have not been given its place till when Governor Ifeanyi Okowa came in”.

While noting that Okowa’s administration made it easy for government to interface with citizens, he stressed, “Till now civil societies were castrated, made moribund and were only remembered during elections”.

According to Anighoro, many of the civil societies were mere tools in the hands of politicians and they fissile out after elections.

A paper titled, “Nigerian Youth: A Silent Majority”, by Barr. Olisa Agbkoba, a Senior Advocate of Nigeria (SAN) among others were presented at the summit where government at all levels were urged to strengthen relevant institutions that would engender development and move the state forward in the right direction.t.