Kidnap: Eight Persons To Spent 104 Years In Prison In Delta 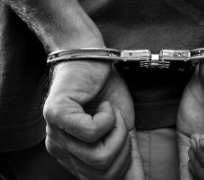 A Delta State High Court sitting at Kwale presided over by Honourable Justice O. Jaloggo-Williams has sentenced eight accused persons responsible for the kidnap of the Speaker of the Delta State House of Assembly Honourable Monday Igbuya on May 21st, 2009 at Sapele to a total of 104 years imprisonment.

The eight accused persons who were charged to court after their arrest by Security Agents on Charge No S/1c/2010 were later transferred from the Sapele High Court in 2011 to Kwale for trails on a six count charge of conspiracy to commit felony to wit, kidnapping, Armed Robbery and the substantive case of kidnap of Monday Igbuya and demanding with menaces the sum 100 million as ransom.

Monday igbuya was subsequently released on 27th may 2009 after spending six days in the kidnappers den.

The Court in its ruling found all the accused persons guilty on the count of kidnapping and demanding property with menace and sentenced them to 10 years (for kidnapping) in jail each with hard Labour and 3years in imprisonment (for demanding N100 million with menaces), holding that the sentences are to run concurrently.

Justice Jaloggo-Williams however discharged them on the count of armed robbery for lack of sufficient evidence by prosecution.

The accused persons were charged under the criminal Code Law Section 364 (I.) & (in.) that prescribed 10 years jail term for Offenders before the Delta House of Assembly enacted Anti-Kidnapping Law, 2016 that now prescribed life imprisonment for Offenders.