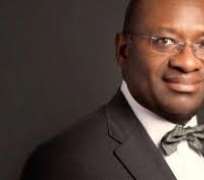 Heritage Bank Limited is leveraging on providing excellent services to its customers. It prioritises entrepreneurship, easy access to credit and support for non-oil export and innovative banking. Its N3 billion Youth Entrepreneurship Development Programme (YEDP), which it executes with the Central Bank of Nigeria (CBN), points to its commitment to the country's economic transformation, writes Collins Nweze.

When Heritage Bank Limited opened for business, many analysts thought the sector was already saturated. But few years later, the lender has made its mark by not only improving the lives and businesses of millions of its customers, but reinforcing its support for the economy, youth empowerment and Small and Medium Enterprises'(SMEs') funding.

Over the years, it has posted good results. For example, the bank's 2015 financial statements indicated profit of N1.1 billion, gross earnings of N24 billion and total assets of N483.4 billion.

'At Heritage Bank, we combine the age long wisdom of traditional banking conservatism with innovative technology, partnership and market intelligence to drive our business. We pride ourselves as the timeless wealth partner through the provision of distinctive financial and business support services to create, preserve and transfer wealth across generations,' its Managing Director/CEO Ifie Sekibo declared at the just-concluded Institute of Credit Administration (ICA) Credit Industry Awards in Lagos.

He said the banker's business combination with the erstwhile Enterprise Bank Limited has further expanded its franchise and provided opportunity to reach more customers with the Heritage brand.  'At Heritage Bank, we look forward to a future of possibilities with a firm belief in the economy. One of our corporate goals is to ensure that at least one (if not more) of the start-ups we have financed is listed on the floor of the Nigerian Stock Exchange within 10 years of inception,' he disclosed.

He said the 10-year tenor export stimulation facility provided by the CBN at nine per cent interest rate is a laudable incentive for exporters. According to him, though the lenders would want the economy to grow by lending to farmers and other productive sectors of the economy, farmers/borrowers/exporters on their part should know that banks want their monies back and that 'there is need for competence, commitment and confidence in the process'.

'A strong and inclusive financial system plays vital roles in financing economic projects and activities that would promote economic growth and development,' he said.

Sekibo recognises the role of credit in economic development as credits are obtained by various economic agents to enable them meet various needs. 'For instance, business firms obtain credits to buy machinery and equipment. Farmers get loans to buy seeds, fertiliser, among others. Government agencies obtain credits to meet recurrent and capital expenditure. Individual and families also take credit to buy and pay for goods and services,' he said.

He said the sector helps to make these credit available by mobilising surplus funds and channeling them to investors who have brilliant ideas on how to create additional wealth in the economy but lack necessary capital to execute such ideas.

'The Heritage Bank franchise has been widely accepted by corporate customers in the Nigerian business environment despite its few years of operations. It has participated in major projects in various sectors such as telecommunications, power, real estate, transportation, and construction. Our experience has shown that major success factor for these companies are in the proper organisation of their value chain to maximise value,' he said.

'Advisory services also remain a strong point of attraction in dealing with Heritage Bank.  Recently, the bank advised a telecommunications operator in securing $40 million equity towards increasing its working capital. The bank's investment banking team worked with the start up to secure the funding because the bank advised on its capital structure and exposed the customer to its international alliances which culminated in securing the investment,' he added.

Non-oil export financing
Heritage Bank's support for non-oil export has also been recognised. The African Export Import Bank (Afreximbank) recently provided a $150 million support for the lender. Afreximbank, a frontline African financial institution, believes in the uniqueness of the business strategy of Heritage Bank, especially the Small Growing Business focus of the bank, which aligns with the founding mission of Afreximbank.

According to the Sekibo, exporters should also know that banks look for certain criteria for financing.

'There must be history of previous performance in terms of volume of export handled in the past, frequency of export, payment methods, payment terms, how products are  sourced and how risk are mitigated,' he said.

Heritage Bank has also identified major commodities that can boost foreign exchange earnings for the country. This becomes necessary as the Federal Government intensifies efforts to boost non-oil export revenues.

Sekibo, who spoke on: Providing finance for exports: Expectation & experience, during a meeting with reporters in Lagos, listed some of the export potential products as cocoa, cashew, groundnut, fish, horns, sesame seed, ginger, cassava and snails, tobacco, coffee, cotton lint, and rubber, reiterating the bank's commitment to providing adequate funding to operators with these market segments.

The bank chief urged farmers and exporters of agricultural produce to seek more knowledge, increase the quality and quantity of their products because export business involves dealings with other world players.

The scarcity of foreign exchange has adversely affected import businesses, converting most importers to exporters because export business is one of the ways to get out of the economic recession.

The bank has also seen the N500 billion intervention fund provided by the government through the Nigerian Export-Import Bank (NEXIM) as a great opportunity to tap into as the scheme gives room for start-ups and businesses to participate in the export business.

The bank says it will continue to identify with both small and big entrepreneurs without discrimination, as it understands that SMEs are key drivers of economic growth and development in Nigeria as in other developing economies.

Rewarding customers
Heritage Bank has also introduced a promo tagged 'Happy Days Promo'to empower and reward its teeming loyal customers. The promo, which is additionally designed to encourage savings culture and will see the emergence of a winner of a brand new car and a handful of millionaires from across the country, kicked off in December 1.

Monthly, 12 lucky customers will be rewarded with 42-inch flat screen LED television sets in the six-month life of the promo, to deepen financial inclusion in the country.

According to a statement from the bank, customers who save up to N100, 000 will qualify for a draw to win N1 million from each of the six geo-political zones at the end of the fifth month while a customer that saves up to N500, 000 by May, next year will stand a chance to win a brand new saloon car.

Recognition for CEO
Sekibo has been conferred with Outstanding Achiever in the Banking Industry Award at the Applause Achievers Awards organised by the Salvation Crusaders Media.

This is the second award for select individuals from various walks of life for their commitment to positive change into the society.

Sekibo, who was represented by Mrs. Ori Ogba, Divisional Head, Retail/Small and Medium Enterprises (SME) of the bank, said Heritage Bank is a generational Nigerian bank with an excellent service culture hinged on working with each customer to create a name and heritage for today and for future generations with the ideals of Service, Performance, Respect, Integrity, Innovation, Tenacity and Excellence forming its core values.

As a brand built on a legacy of innovation, Heritage Bank recently achieved a milestone with the ISO/IEC 27001:2013 certification award in recognition of its commitment to effective and secured financial system. The bank has also set a record as the only bank in Nigeria to get this certification award in less than three years of operation. It has, by this certification, joined the league of big players already certified in the industry, including the CBN.