FG to increase salaries in 2017 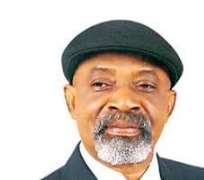 The Federal Government has assured Nigerian workers of a pay rise next year.

The Minister of Labour and Employment, Senator Chris Ngige stated this in Awka, the Anambra  State capital in an interactive session with journalists on Tuesday.

He said the various committees handling the minimum wage issue were working to arrive at something.

He said the minimum wage under Buhari would not be like any pay rise in the country.

The Minister said, 'minimum wage is a constitutional issue and is in the exclusive list.

'The Nigerian workers are entitled to a review of their pay under the constitution of the Federal  Republic of Nigeria.

'The various committees handling this matter are all working hard to realise the objective. Some are at the final stages of their work.'

He said the kind of minimum wage being worked out by the Buhari administration, would be enforceable by workers in both private and public sectors.