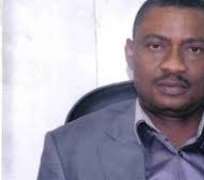 Former secretary of the Nigeria Football Supporters Club, Samuel Ikpea, was at the weekend elected the new chairman of the association.

The election conducted at the Teslim Balogun Stadium, Lagos, saw about 250 registered/authentic members of the club across the 19 state chapters of the country voting for their choice candidates as Ikpea defeated his opponent, Aromire Muritala, by 168 to 7 votes.

Also keenly contested for were the offices of the first and second vice chairman where Utoh Donaltus defeated former 2nd Vice Chairman, Siawe Isaac, by 87 to 84 vote cast.

Kunle Adeniyi had earlier defeated his opponent, Olowu Victor, with a total vote cast of 121 to 43 for the Secretary Genaral position.

While occupiers of about 11 offices such as the third vice chairman, treasurer, PRO, welfare and amongst others were returned unopposed.