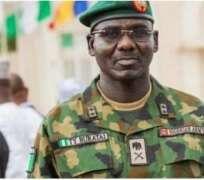 The National Committee of Yoruba Youths (NCYY) has condemn the continuous media attack and orchestrated campaign of Calumny, which has been mainly targeted on the Nigerian Army, its leadership, especially the Chief of Army Staff, General Tukur Burtai, by those it described as saboteurs, using some local and international organisations, like the Amnesty International and some “self styled” Civil Society Organisations, the latest being the Civil Society Network against Corruption, CSNAC.

The group, in a statement signed by its President and Assistant Registrar, Comrade Oladimeji Odeyemi and Olufemi Akindele, respectively, said these campaigns against the army and its leadership at this critical moment, are calculated attempts to derail the ongoing war against terrorism in the country, while also seeking to tarnish the image of the Chief of Army Staff, General Buratai.

According to the statement, the fabricators of these spurious allegations have gone beyond the ordinary, just to paint the Army and its Leadership before the general public. It however hinted that, though the Army despite its untiring effort in combatting the terrorists and their sponsors are not afraid of submitting themselves to public scrutiny has it has often been demonstrated by General Buratai led leadership of the Nigerian Army since he took over.

The statement reads: "These statements and allegations are either concocted, unsubstantiated, pure conjectures or outright falsehood. In this latest instance, may we reference the call on Code of Conduct Bureau (CCB) to probe the Chief of Army Staff over his Asset declaration by these self styled Civil Society Network against Corruption, CSNAC.

"This clearly shows that the group is simply acting out a script to discredit the Nigerian Army and its leadership.

"Certainly, this call by CSNAC and indeed the allegations lack substance. It can easily be described as the handiwork or another futile attempt by political jobbers, agents provocateurs & their foreign collaborators bent on distracting the Nigerian Army from the war on terrorism in the country and to equally cast aspersions on the person of General Tukur Buratai, whose successful prosecution of the war against terrorism in Nigeria has brought back pride to our nation.

"CSNAC in its haste to tar the Chief of Army Staff with the brush of corruption and fraud clearly refused to make any official enquiries from him or the Nigerian Army about the said allegations.

"These are verifiable facts and the figures support the asset declaration of General Buratai, which had earlier gave him a clean bill of health by the CCB. Indeed, what the Nigerian Army and its leadership deserve are accolades and not mudslinging and wicked propaganda by detractors, who now see the Army as their next target for reasons that are far from being noble.

"There is no doubt that political charlatans and enemies are at work fueling unnecessary rumours and insinuations. Their aim is to destroy the good name and corporate reputation of the Army and its leadership, meanwhile our people knows the truth” the statement concluded.