Concerns as Trump turns his Twitter attacks on private citizens 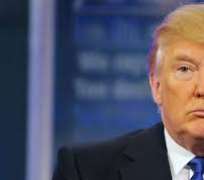 Less than a week after Donald Trump kicked off his postelection “Thank You Tour” with a visit to the Carrier plant in Indianapolis, the president-elect took to Twitter to slam the head of the union that represents the company's employees.

To those watching the Wednesday night Twitter tirade unfold, Chuck Jones might have initially seemed like an unusual target, given that Trump had just declared victory in persuading Carrier's parent company to reduce the number of jobs it moved to Mexico in exchange for $7 million in tax credits from Indiana.

It quickly became clear, however, that just 20 minutes before Trump fired off his first tweet about the union boss, Jones had appeared on CNN  to talk about the Carrier deal. A banner at the bottom of the screen read, “Carrier Union Boss: Trump Lied His A** Off.”

The quote came from an interview with the Washington Post earlier in the week. Jones slammed Trump's claim that, thanks to his dealmaking, “over 1,100 people” would now be able to keep their jobs at the Indianapolis plant.

On the contrary, Jones said, Carrier had agreed to keep only 800 jobs in Indiana, a number the company confirmed to the Post. Not only had Trump inflated the figure of jobs saved, said Jones, but he did so in front of a room full of union members — 550 of whom will still end up losing their jobs — during his visit to the plant.

Throughout the course of his presidential campaign — and well before — Trump has often used Twitter as his own personal bully pulpit, blasting out insults about his critics to millions of followers.

But the attack on Jones was different, many argued. Trump is no longer a businessman turned reality TV star or even a presidential candidate. He is the president-elect. And the object of his ire this time was not another public figure, but a private citizen.

This wasn't the first time a private citizen had gotten caught in Trump's crosshairs. In light of the Jones feud, a 19-year-old college student revealed to the Washington Post this week that she too had felt Trump's wrath after she confronted him at a political event in New Hampshire last fall.

Lauren Batchelder, who is studying history and gender studies at Saint Anselm College in Manchester, first encountered Trump at the bipartisan No Labels conference last October . Batchelder, then 18, stood to ask Trump a question about reproductive rights and the gender wage gap, telling the Republican presidential candidate, “I don't think you're a friend to women.”

“I respect women incredibly,” Trump interrupted, praising his mother and pointing to the women he's hired at his companies in an attempt to prove her wrong. Under pressure from the rest of the crowd, Trump eventually allowed Batchelder to ask her question, but he wasn't about to let her have the last word.

The next day, as coverage of Trump's testy performance at the problem-solving event emerged, Trump tweeted angrily about “the arrogant young woman who questioned me in such a nasty fashion” at the New Hampshire conference, claiming that she was a “plant” by Republican rival Jeb Bush.

Not long after that, Batchelder said, she began receiving threatening phone calls, emails and Facebook messages, many of which, according to the Post, were “sexual in nature.” Her photo was soon being shared on social media, along with her contact information.

More than a year after Batchelder's exchange with Trump in New Hampshire, her experience echoes that of Chuck Jones, who said that he began to get menacing phone calls approximately 30 minutes after Trump lambasted him on Twitter Wednesday.

“Nothing that says they're gonna kill me, but, you know, 'You better keep your eye on your kids,'” Jones told MSNBC. “'We know what car you drive.' Things along those lines.”

According to the Washington Post , one caller warned Jones, “we're coming for you.”

After three decades as a union boss, Jones has said he isn't fazed by the president-elect's cyberbullying. But with less than two months left until he becomes president of the United States, Trump's reactionary verbal assault on a self-described “regular working guy” like Jones has raised serious concerns from White House veterans and Washington historians.

“When you attack a man for living an ordinary life in an ordinary job, it is bullying,” Nicolle Wallace, a veteran GOP strategist who served as President George W. Bush's communications director, told the New York Times Friday. “It is cyberbullying. This is a strategy to bully somebody who dissents. That's what is dark and disturbing.”

Frank Sesno, director of George Washington University's School of Media and Public Affairs, agreed, suggesting that Trump's use of Twitter to publicly vilify his critics, especially private citizens, could pose a real threat to Americans' constitutional right to criticize the government.

“Anybody who goes on air or goes public and calls out the president has to then live in fear that he is going to seek retribution in the public sphere,” said Sesno, who is also an ex-CNN Washington bureau chief. “That could discourage people from speaking out.”

It's not just Trump's tweets that have the potential to silence critics, but also the lingering ripple effect his words appear to have on some of his supporters, even long after he's moved on to his next victim.

Since the early days of his presidential campaign, Trump has demonstrated an ability to stoke such a fervor among his more ardent admirers that they are inspired to go after Trump's critics themselves. Targets have included  a protester at one of his rallies,   a journalist who Trump believes covered him unfairly, and  one of the many women who've accused him of sexual misconduct.

It's been more than a year since Trump first tweeted about Batchelder, and yet, she told the Post this week, the hateful messages keep coming.“Wishing I could f***ing punch you in the face,” read one message Batchelder said she received on Facebook just five days before the election. “id [sic] then proceed to stomp your head on the curb and urinate in your bloodied mouth and i know where you live, so watch your f***ing back punk.”

The Post points out that Trump's Twitter following has grown from less than 5 million to more than 17 million in the time since he first lashed out at Batchelder last October. And with the acquisition of the official @POTUS account — and its 12.5 million followers — his audience will soon become even bigger.

Despite previously stating that he'd kick his Twitter habit if elected president, Trump's continued postelection tweets suggest otherwise. In a column at the New York Daily News Friday, Trump biographer Michael D'Antonio argued that the president-elect couldn't stop tweeting “even if he wanted to.”

“Long an advocate of responding '10 times harder' when his feelings are hurt — and they are very easily hurt — Trump has a tendency to strike with massive force without much concern for the size or vulnerability of the person in his sights,” wrote D'Antonio, suggesting that Trump will likely continue to lash out at private citizens like Jones and Batchelder “because the pain he feels when criticized doesn't depend on the source. No matter who speaks out, he cannot bear disapproval.”

In an interview with the “Today” show this week, the president-elect defended his tweets as “a modern-day form of communication.”

“I think I am very restrained,” Trump said. “And I talk about important things.