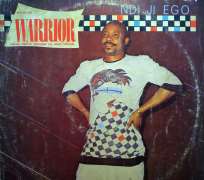 It is no longer news that Ezuruezu Mbaise, the apex social cultural body of the Mbaise clan will on December 28th, during the 2016 Mbaise day celebration honour one of her greatest musicians of note, late Dr Sir Warrior.

According to the President-general of Ezurezu Mbaise, Barr. Cyril Anyanwu, the reason for choosing Dr Sir Warrior even when he is late is not farfetched from the fact that he displayed his career to the very best of knowledge to everyone that his name lives in the minds of all as a legend.

He described the late musical icon as a man who placed the Mbaise nation first in all his musical outings.

However, he stressed that the Mbaise nation will continue to miss him at the Highlife circle even as he urged the entire Mbaise nation to take solace in the fact that Dr Warrior left the world with many messages that will remain fresh from generation unborn.

While assuring that Ezuruezu Mbaise will remain committed to the affairs of Ndi Mbaise, he urged all sons and daughters of the clan to come with their families on the proposed day of honour at Mbaise Secondary School, Aboh Mbaise for the 2016 Mbaise day celebration.

In a similar development, Mr. Chimenka Ezeribe, a notable Mbaise son, has described the late Warrior as a great man whose match has not been met till today. According to him, Warrior remains the best and will remain evergreen. "Ultimate Dr. Sir Warrior, there is none like him. I can never get enough of his songs. To me, he is still very much alive".