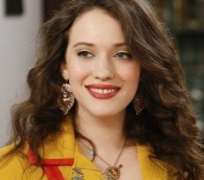 A former Texas high school teacher was recently arrested for allegedly having sex with one of her students after the two connected on Snapchat, according to multiple reports.

Alaina Ferguson was arrested on Nov. 30 and charged with sexual assault, according to jail records. McKinney, Texas, police spokeswoman Sgt. Ana Shelley declined to comment further on Ferguson's case as it is an open investigation, but she confirmed Ferguson's arrest to PEOPLE.

Rumors of the former algebra teacher's two-month relationship with a 16-year-old student spread throughout Plano Senior High School, according to  The Dallas Morning News .

The student allegedly told police he wrote his Snapchat username at the top of a test while in Ferguson's algebra class, according to  CBS News . Ferguson, 24, allegedly replied via the app, and the two met a few days later and had sex on a park bench. CBS DFW , a local station, reports the two allegedly often played beer pong at her apartment as well, which she shared with her fiancé. Ferguson allegedly told the student she knew the relationship wasn't right but that it felt right at the time, according to these reports.

Ferguson was released on Dec. 1 on $100,000 bond, following her arrest, according to jail records. She worked for the Plano school district from August to October, says district spokeswoman Lesley Range-Stanton.

Ferguson resigned from her job on Oct. 14, but school and district officials were unaware of any criminal investigation involving her until after her resignation, Range-Stanton says. The district declined further comment.

It was not immediately clear if Ferguson has entered a plea to her charge.

PEOPLE could not immediately reach her defense attorney for comment. A message left Monday afternoon at Ferguson's home was not returned.