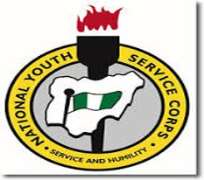 The deaths of three corps members, in three different National Youth Service Corps (NYSC) orientation camps, in Bayelsa, Kano, and Zamfara states, have reignited the debate as to the utility value of the programme started in 1973 as a way to enhance national unity. With the programme designed in such a way that corps members are sent to serve in far-flung parts of the country, away from their familiar habitats, legitimate worries arise when any of them suffer untowardly. Such is the case with the deaths of Chinyerum Nwenenda Elechi, Ifedolapo Oladepo and Monday Asuquo Ukeme.

According to the Director-General of the NYSC, Brig. General, Suleiman Kazaure: 'The deaths of the trio followed brief illnesses and after medical teams in the camps battled to save them in line with established procedures.' Obviously recognising the huge public relations embarrassment the deaths have caused to the NYSC programme, not to talk of the heart-rendering experience of the parents of the deceased, the DG further said: 'However, in view of these unfortunate incidents in Bayelsa, Kano, and Zamfara states, management has set up a high-powered committee to investigate the immediate and remote causes of the loss the Corps members'.

While the management of the programme should review some of its programmes and policies to forestall such tragedies, we urge the federal government to review the entire programme with a view to either scrapping it or reorganising it. Such a review is imperative considering that reducing ethnicity which is one of the major essence of initiating the programme, has not been achieved. As is obvious, ethnic bigotry has continued to ravage our country, in spite of the programme.

In essence, should the quest for national unity serve as enough reason to continue to project a programme with so much imperfection? Perhaps a comprehensive review is necessary to determine whether the programme should be made voluntary? Alternatively, shouldn't prospective corps members have an input as to where to serve? For instance, they can be asked to choose three zones to which they would want to serve? This may save the country the ethnic tensions that arise, each time a corps member suffers an incident that could be subjected to ethnic bias.

There is also compelling economic reasons why the programme should be tinkered with. One of such is the lack of resources to maintain the camps. Indeed, many of the camps are no better that Internally Displaced Persons (IDP) camps, with all its challenges. In many of the orientation camps across the country, basic amenities are sorely lacking, and with the commission perennially short of cash, the situation in the camps can only get more precarious. One manifestation of the lack of resources is the resort to batches, as the facilities are not enough for the teeming graduates being churned out of our universities.

Another aspect of the programme that should be re-examined is the military-style training for persons whose medical status have not been evaluated by competent personnel. With poor funding the camps, unlike in the past, are not equipped to handle basic medical emergencies, yet the intakes are usually taken through the rigour of physical exertions, as the programme is viewed as a quasi-military programme. The continuous increase in intakes as population expands further puts strain on these meagre facilities.

Instead of keeping the NYSC as a relic which is what the programme is turning into, the federal authorities should initiate a comprehensive review. While we all desire national unity, it cannot be wished into existence by merely exposing our young adults to unnecessary risks. The NYSC as it is, is obsolete.