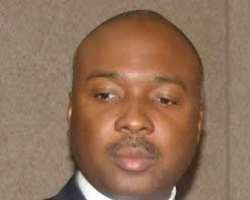 It was learnt that Sambo, 58, was picked to placate the governors, who are increasingly becoming restive with the new administration and to smoothen Jonathan's journey to the 2011 presidency.

Various contenders, including the Secretary to the Government of the Federation, Alhaji Ahmed Yayale, Senator Ahmed Makarfi, Governors Isa Yuguda (Bauchi), Danjuma Goje (Gombe), Babangida Aliyu (Niger) and Sule Lamido (Jigawa), were initially touted following the vacancy that emerged for the VP's office after Jonathan was sworn in as President last Thursday.

Sambo, a dark horse, however emerged amid the jostling by several interest groups, including the Northern caucus in the National Assembly, former President Olusegun Obasanjo and the Governors' Forum.

But a competent source told Sunday Sun: 'The choice of Sambo was strategic. I can tell you that he is a choice to smoothen the path to 2011. The governors are very powerful and you cannot take it away from them that they stand a chance in determining who picks the party's ticket. Many of them control the delegates that would come from their states to the PDP national convention.

'Picking one of them will, at least, give them a sense of belonging and to further assure them that they are not about to lose out in the new dispensation.' The source added that Obasanjo, who was reported to be rooting for the deputy governor of Sokoto State, Mukhtar Shagari, advised Jonathan to pick one of the governors and he settled for one that is 'less controversial and ambitious.' The source described Sambo as a 'quiet person that does not nurse presidential ambition and more sincere than many of his colleagues.'

Another source at a meeting between the President and the governors informed that as soon as Jonathan announced his choice, the whole room erupted in thunderous applause. The Kwara State Governor, Dr Bukola Saraki, who responded on behalf of the governors, reportedly expressed the joy of his colleagues with Sambo's choice and pledged the loyalty of the governors to the President.

It was however learnt that beyond the silent deal with the governors, Jonathan is also putting in place measures to ensure that any aggrieved group did not sabotage his administration, hence the novel appointment of former Director-General of the State Security Service (SSS), retired Colonel Kayode Are, as Deputy National Security Adviser.