CBN fires back at Emir Sanusi over forex policy 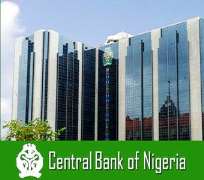 The Central Bank of Nigeria, CBN, yesterday, accused  Sanusi Lamido Sanusi, the Emir of Kano, of  playing to the gallery over  his statement  that there are five exchange rates in the country.

The apex bank  said  it  does not allocate dollars to end users, saying  request for foreign exchange are made through their banks.

It explained  that there is no where in the world where the apex bank allows vicious currency speculators to distort its currency endlessly.

Sanusi, also a former governor of CBN, had, on Friday, alleged that the apex bank was  lending to government above the limits stipulated by the CBN Act of 2007 and that no one was willing to lend to the Nigerian government.

'If Senate approved, I want to see who will lend you $30billion when you have five exchange rates', the monarch said  at a policy monitoring dialogue hosted in Abuja by Savannah Centre for Diplomacy, Democracy and Development.

Faulting the emir's position in a statement, yesterday, the CBN acting Director, Corporate Communication, Mr. Isaac Okorafor, said the apex bank had set up an inter-bank foreign exchange market where anyone who wished  to buy foreign exchange could  bid for and buy through their banks.

' It is not true that CBN allocates dollars. There is no where in the world that the Central bank sits by and allows vicious speculators to solely distort the value of its currency endlessly. All central banks intervene to buy or sell in the market to ensure that the local currency is protected from dubious attacks', Okoroafor stated.

'The channels for advice and contribution of ideas on the current economic situation by all patriotic Nigerians are open. It is rather unfortunate that some people have chosen to play to the gallery and to make statements to disparage those in leadership at this time in total insensitivity to the larger interests of the Nigerian economy.

'We should not forget that the seed of our current economic crisis was planted by the failure of those who occupied public office in the past but failed to act in the long term interest of the Nigerian economy. It is easy to criticize from outside.

' It is always easier and the grass greener when people are out of office. The challenge we face today is a choice between pandering to the established interest in Nigeria's speculative economy and the protection of the wages of the real stakeholders who work hard on fixed incomes. For they are the core victims of Naira depreciation.

'At this critical time in the life of our country the CBN will continue to explore avenues with the Federal Government in order to find solutions to the current economic situation. Already Nigerians are waking up to the call to be more productive and to look inwards and to be less dependent on the importation of foreign goods and services.'

Sanusi, in his Friday speech, said  the apex bank  was illegally lending to the  Federal Government. 'The problem of the current government is not having the right policies to fix the current economic woes', he stated.

The emir's  presentation showed that CBN's lending to the government since Buhari came in had spiked from about N1.5 trillion to over N4.5 trillion.

'The CBN-FGN relationship is no longer independent. In fact, one could argue their relationship has become unhealthy. CBN claims on the FGN now tops N4.7 trillion —equal to almost 50% of the FGN's total domestic debt. This is a clear violation of the Central Bank  Act of 2007 (Section 38.2) which caps advances to the FGN at 5% of last year's revenues. Has CBN become the government's lender of last or first resort?'

Sanusi said at the dialogue that no one was willing to  lend to the Nigerian government. 'If Senate  approved, I want to see who will lend you $30billion when you have five exchange rates'.

According to the former CBN governor, the country is enmeshed in heavy debts. Out of  every N1 Nigeria makes, the emir explained, 40 kobo goes to debt and 60 kobo is left for salaries, health, education, power, infrastructure. He said  oil is merely a working capital that cannot make the country rich. Nigeria produces one barrel for 80 Nigerians; Saudi Arabia produces one for 3 Saudis, Sanusi said. The former CBN boss  noted that in every economy, growth is driven by 'consumption, investment and net export', adding that 'our exports cannot grow, without regulatory certainty or an increase in the price of  oil'.

He lamented that the country was spending money on repaying debts and  also on recurrent expenditure, as against education, healthcare, power, and other infrastructure. The emir also stated that Nigeria is the lowest per capita spender on development in Africa. On speaking truth to power, he said: 'I can't apologise for being who I am. The government I served, I did not keep quiet. When I am not serving the government, I cannot keep quiet.' - Vanguard.x