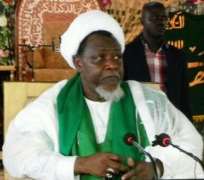 Court, Abuja judgement, ordering the release of the leader of the

Shi’ite Muslim sect, Ibrahim Zakzaky and his wife, as well as payment

of payment of N50 million damages awarded against the Department of

State Service (DSS).
The governor, who had called for the release of El-Zakzaky two weeks

ago, however said he won't be surprised if the federal government does

not obey the judgment, adding that; "The judgement will be for

posterity even if in their usual style of impunity, those holding

power in Abuja ignore the judgment."
He called on men of the judiciary to save democracy in Nigeria as well

assassination by those whose desire is to muscle opposition and turn

Nigeria to as one party state.
In a statement issued on Friday, by his Special Assistant on Public

reiterated his earlier call on the International Criminal Court (ICC),

Amnesty International and other world bodies to investigate extra

judicial killings in the country in the last 15 months, especially the

Biafra activists.
He said under international human rights law governing the use of

firearms during policing operations, the intentional use of lethal

force is only permitted when strictly unavoidable, to protect life.

Governor Fayose noted that the detention since last year December, of

El-Sakzaky, after the murder of over 300 of his followers was inhuman

and wicked, saying; "the DSS claim that El-Sakzaky was being detained

to protect him is not only laughable but barbaric. How can you keep

him? Against what?"
The governor, who described the APC led federal government as law

breaker, noted that "the kind of impunity against the law of Nigeria

being witnessed now has never happened before. Even the military still

obeyed court judgements but here we are with a democratically elected

government that holds our constitution with contempt."

"I congratulate Justice Gabriel Kolawole and the entire judiciary for

once against giving Nigerians hope that democracy can still survive

and rule of law can still be sustained.
"The judiciary must remain steadfast in its uphold of the rule of law,

them to exist," he said.