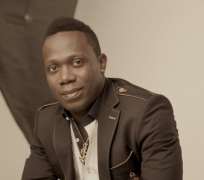 Music Act Duncan Mighty aka Port-Harcourt First Son has been nominated for the 2016 edition of the prestigious South-South Progressive Awards (SSPA).

The Awardees have contributed so much to the development in South-South Region of Nigeria.

He said the awardees would be honoured because of their contributions to the peace, youth empowerment and development of the South-South. He added that “we believe that this recognition will always be the push for them to achieve more in their various fields. “After looking critically at the various achievements of these sons and daughters of South-South, there is no better way to appreciate them than giving them a boost.’’

The project director said that although there were more people contributing to peaceful coexistence and development in the South-South, there was need to honour the outstanding ones. He noted that Rivers was peaceful “and very strategic in the South-South; its peace or otherwise can affect other states in the region in one way or the other.’’

According to Amafibe, the 2016 edition of the award will feature a summit with the theme: “Peace in the South-South, Our Hope to Economic Development.”

He added that militancy, kidnapping and other vices threatening peace in the region would be discussed at the summit. “Peace in the Niger-Delta is very crucial to our economic survival as a nation, especially in this recession we are facing. “We must do everything collectively to sustain peace in the region, and that is the essence of choosing the theme for the summit,’’ he said.

The South–South Progressive Awards is an annual award that honours Nigerians, especially those from the South-South and those who reside and do business in the south south. The awards cuts across over 25 categories, with recipients picked from various fields and backgrounds. The 2016 edition is scheduled to hold at Hotel Presidential Port Harcourt, Rivers State.