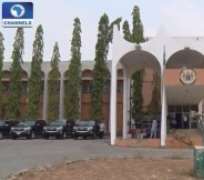 The Senate, yesterday, resolved to put to rest the controversy on who succeeds a deceased governorship or presidential candidate in the event of death, before announcement of the result of an election.

To this end, Senate has passed a new bill which provides for the conduct of a fresh primary, within 14 days, to choose a new candidate.

The bill, which will be the sixth amendment to the 2010 Electoral Act, when approved, also provides that the Independent National Electoral Commission (INEC) shall suspend the conduct of a new election for 21 days, when the death of a candidate occurs after the commencement of an election and before the announcement of results.

The amendment is believed to have been spurred by the untimely death of the governorship candidate of the All Progressives Congress (APC), Prince Abubakar Audu, in the November 21, 2015, governorship election in Kogi State, before announcement of the final election result.

The lacuna generated by Audu Audu's led to a legal battle, which was contested from the High Court to the Supreme Court.

Audu's running mate, James Faleke, believed he stood in line to automatically inherit the votes of the deceased candidate.

He got no reprieve from the courts.
Against this background, a new section 3 has been inserted into the new Electoral Act.

The section provides that: 'If after the commencement of poll and before the announcement of the final result and declaration of a winner, a nominated candidate dies, (a ) the commission shall, being satisfied of the fact of the death, suspend the election for a period not exceeding 21 days; (b) the political party whose candidate died may, if it intends to continue to participate in the election, conduct a fresh direct primary within 14 days of the death of its candidate and submit a new candidate to the commission to replace the dead candidate; and (c) subject to paragraphs (a) and (b) of this subsection, the Commission shall continue with the election, announce the final result and declare a winner.'

The new bill also provides a legal backing for the use of manual voting in a situation where Card Readers malfunction.

Since the Card Reader is mainly needed for accreditation, the new amendment provides that once the presiding officer at the election is convinced that the intending voter is the owner of the voter card, he should go ahead to accredit him.

Thus, section 49 (1-4) of the Electoral Act being amended, provides that 'the presiding officer shall use a Smart Card Reader or any other technological device that may be prescribed by the commission from time to time for the accreditation of voters, to verify, confirm or authenticate (a) the genuineness or otherwise of the voter's card; (b) that the voter's card presented by the voter is registered at the polling unit in the constituency in which the card is presented; (c) the biometric connection or otherwise of the intending voter with the voter's card; and (d) the number of duly accredited voters in the polling unit.

'(4) Notwithstanding paragraph (3) (c) of this section, the presiding officer, on being satisfied that an intending voter is the owner of the voter's card, may accredit the intending voter to vote in the election.'

However, the chamber could not pass the bill, yesterday, because it did not conclude its clause-by-clause consideration and hence, deferred it for further consideration till another legislative day