Over 300 Billion Dollars lost to insurgency and war 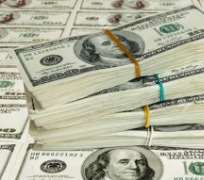 The sum of over three hundred billion dollars is reported to have been lost by 23 African countries between 1990- 2016 to wars fueled by Small Arms and Light Weapons(SALW).

He further said that Average of 22 billion dollars spent annually on weapons by Africa, middle east, Asia and Latin America.

Money which he said would have enabled the countries to give every child free primary education or reduce child mortality rates had been lost to SALW proliferation.Stressing that illicit weapons availability would stunt development and growth in a community or country.

He explained that SALWs and improvised explosives were a choice of weaponry by terror groups and criminals as seen in some parts of Africa and Nigeria taking a larger percentage of the use of arms.

He also said smuggling of firearms through Nigeria's porous land Boarders, sea and Airports and unguarded water ways as contributed to use and in flow of SALWs.

The event which was put together by the Center for Democracy and Development (CDD), in collaboration with The Presidential Committee on Small Arms and Light Weapons (PRESCOM), Economic Community of West African states (ECOWAS), was centered the proliferation of small arms and light weapons in Nigeria and its implications on national and regional security had stakeholders from relevant organizations.

Mrs Halima Ahmed, Commissioner for political affairs, peace and security, ECOWAS, who was represented by Sanni Adamu, Acting Head of Small Arms Division, ECOWAS, advised its member statesto domesticate the International Arms Trade treaty to control the illicit circulation of arms and ammunitions across boarders so as to combat the easy circulation of SALWs

Adamu also said in line with the need to control weapons circulation within the region, Nigeria as been included in the EU/ECOWAS weapons collection project and would help to address and stop activities of insurgency in Nigeria and Mali.

The Director of the Center for Democracy and Development (CDD),Idayat Hassan, who was represented, in her speech said circulation of SALWs within and around the country as been on the rise despite efforts by the federal government to curtail it. This and the staggering statistics by the United Nations as put pressure on the CDD to put this forum together with relevant stakeholders to address the nation's porous to boarders.