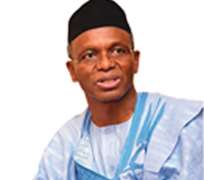 Kaduna state Governor, Nasir El-Rufai has accused the Islamic Movement in Nigeria (IMN) also known as the Shiites Islamic sect of refusing to recognize Muhammadu Buhari as the President of the country as well as their failure to recognize him as the Governor of the state.

El-Rufai gave the statement while speaking with journalists on Sunday. He said that the group was outlawed by the state government because its leader Sheihk Ibrahim El Zakzaky and members have refused to respect constituted authorities and their activities amount to running a parallel government against the state.

The Governor says the state received the report of the Judicial Commission of Inquiry that looked into the clashes between the IMN and army which concluded that the IMN poses a threat to the peace, security and good governance of Kaduna State.

He said the IMN apart from being an illegal religious organisation, was in the habit of harassing and intimidating members of the public with impunity for several years. - Vanguard.