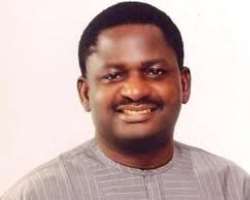 The Federal Government disclosed, yesterday, that talks are ongoing for the release of more girls abducted by Boko Haram on April 14, 2014, from Government Secondary School, Chibok, Borno State.

Adesina said with talks still ongoing, many more girls would be recovered.

Adesina's comments came shortly after he urged the military to be more open in its relationship with the media 'to ensure that friction in information management are avoided.'

He bemoaned mutual distrust between the media and the military, and noted that the military must allow the media, controlled access to information to enable it work effectively.

'If we don't tell our side of the story, shame on us. Reporters are like alligators. You don't have to love them, but, you do have to feed them,' Adesina said, quoting an American soldier.

He said that it is important that the military feeds the media with information, and said that like alligators, a hungry media is 'doubly dangerous.'

Adesina added that 'the change which is obtainable in the political circle must also be seen in the relationship between the media and the military, especially as the media expects open and independent news coverage, facilitated by the military.

'This is one of the most credible methods of communicating the military's message,' adding that 'the military should adopt credential media as this forecloses bad journalism and fosters confidence.'

Earlier, Chief of Army Staff, Lieutenant General Tukur Buratai  said activities of Boko Haram  are capable of destroying the development and economic wellbeing of the nation if the group is not completely wiped out.

He called on well-meaning Nigerians to cooperate with the military and other security agencies by way of providing timely information on suspicious activities of individuals and groups in their communities and localities.

General Buratai, who was represented by Major General Peter Bojie, said providing information to the military will go a long way in assisting security agencies counter activities of insurgents and perpetrators of evil in Nigeria.