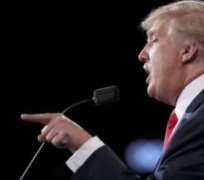 President-elect Donald Trump, who defeated Hillary Clinton by winning the Electoral College in the election earlier this month, claimed Sunday that he would've beaten her in the popular vote too if not for “the millions of people who voted illegally.”

It's remarkable and unprecedented for a victorious presidential candidate to claim widespread voter fraud. There is no evidence to indicate that there was a significant number of people, let alone millions, who voted illegally in the election on Nov. 8.

Trump clinched his stunning victory over Clinton by amassing more than the 270 electoral votes needed to win. He won 290 to Clinton's 232, and is ahead in Michigan, though the contest for its 16 electoral votes is still too close to call. But Clinton is on track to win the national popular vote by around 2.5 million, a loss that Trump appears to find hard to swallow.

“In addition to winning the Electoral College in a landslide, I won the popular vote if you deduct the millions of people who voted illegally,” Trump tweeted Sunday afternoon

In the weeks leading up to Election Day, Trump repeatedly warned that the election would be “rigged” against him, claiming there would be widespread voter fraud.

“Of course there is large scale voter fraud happening on and before election day,” Trump tweeted on Oct. 17. “Why do Republican leaders deny what is going on? So naive!”

But while there have been isolated cases of voter fraud in the United States, the Associated Press reported the same day , “There is no evidence of it being a widespread problem.”

At a campaign rally in Columbus, Ohio, on Aug. 1, Donald Trump told the crowd that he feared November’s election might end up being “rigged.”

A Loyola Law School professor's study cited by the AP found just “31 instances involving allegations of voter impersonation out of 1 billion votes cast in U.S. elections between 2000 and 2014.” Another study by the Brennan Center for Justice at New York University Law School “found many reports of people voting twice or ballots being cast on behalf of dead people were largely the result of clerical errors that suggested wrongdoing when none had occurred.”

“Voter fraud is so incredibly rare that it has no impact on the integrity of our elections,” Wendy Weiser, head of the democracy program at the Brennan Center, told the AP. “You are more likely to be struck by lightning, more likely to see a UFO, than to be a victim of voter fraud.”

Trump's revival of the voter fraud claim comes amid a campaign initiated by Green Party nominee Jill Stein to recount the votes in Wisconsin, Michigan and Pennsylvania. On Saturday, Clinton campaign general counsel Marc Elias said that while his team “had not uncovered any actionable evidence of hacking or outside attempts to alter the voting technology,” they would participate in the Stein-led recount in Wisconsin as well as recounts in Pennsylvania and Michigan if Stein pursues them.

“Hillary Clinton conceded the election when she called me just prior to the victory speech and after the results were in,” Trump wrote in the first of a series of tweets he posted early Sunday morning. “Nothing will change.”

Stein's team has raised more than $5 million to pay for the recounts in the three battleground states. In Michigan, Trump leads Clinton by 10,704 votes, according to the state's yet-to-be-certified count. In Wisconsin, Trump defeated Clinton by 22,525 votes. In Pennsylvania, he beat her by about 68,000 votes. Clinton would have to win recounts in all three states to overturn the outcome of the Electoral College, but experts say there is virtually no chance of Stein's campaign overturning even one.

Nonetheless, the recount effort has amplified tensions that were already high because of Clinton's overall victory in the popular vote.

“No, nothing will change,” The Nation's Joan Walsh replied to one of Trump's tweets. “You lost the popular vote by 2.5 million. you'll have to live with that.”

In 2012, Trump called the U.S. electoral-vote system a “disaster for democracy.” And in his first sit-down interview after the election, the real estate mogul told CBS News' “60 Minutes” that his opinion hadn't changed.

But in a pair of subsequent tweets , Trump declared that the Electoral College “is actually genius” because it empowers smaller states. (He then reversed himself again last week in a New York Times interview , in which he said he'd “rather do the popular vote,” and that he was “never a fan of the Electoral College.”)

Trump also claimed on Twitter that he would have “won even bigger and more easily” if the U.S. presidency were determined by the national popular vote as opposed to the Electoral College.

He reiterated that refrain Sunday afternoon.
“It would have been much easier for me to win the so-called popular vote than the Electoral College in that I would only campaign in 3 or 4 states instead of the 15 states that I visited,” Trump tweeted. “I would have won even more easily and convincingly (but smaller states are forgotten)!”