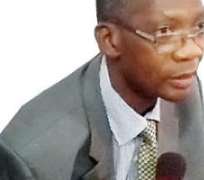 The Ondo State Electoral Commissioner, Mr Olusegun Agbaje, has promised a prompt release of the results of the just concluded governorship election in Ondo State.

Speaking during a tour of polling areas in Ondo, Agbaje said the commission would take advantage of the innovation it introduced where voters were accredited and voted simultaneously.

The Ondo INEC boss assured that the results would be released promptly without delay as soon as collation was completed.

The governorship election was largely peaceful as people trooped out en masse to cast their votes. Majority of voters who spoke on the conduct of the election commended INEC for a good job. In nearly all the polling booths visited, INEC officials arrived early with adequate voting materials but the card readers in some areas malfunctioned.

'With the exception of some card readers which malfunctioned, the election was well organized. You can see that people are happy to vote. There is no hassle and we are happy that our votes will count this time around,' a civil servant who gave his name as Christopher Johnson told our correspondent at one of the polling booths located at Customs area along Ondo Road, Akure.

Mrs Oluwakemi Dare, a kiosk owner at the polling booth located inside the Owena Military Cantonment, Akure also commended the peaceful nature of the election, adding that INEC performed very well this time around with the early presence of electoral officials at voting booths.

Those who could not use the card readers were allowed to vote after filling a form stating their details.

Official announcements of results is expected to commence at 2am Sunday, according to some INEC officials.