African Writers Series: How many have you Read? 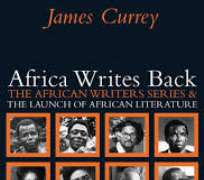 African Writers Series is a series of books by African writers that has been published by Heinemann since 1962. The series has ensured an international voice to major African writers—including Chinua Achebe, Ngũgĩ wa Thiong'o, Steve Biko, Ama Ata Aidoo, Nadine Gordimer, Buchi Emecheta, and Okot p'Bitek.

Founded in 1962, the series created a forum for many post-independence African writers, and provided texts that African universities could use to address the colonial bias then prominent in the teaching of literature. The books were designed for classroom use, printed solely in paperback to make them affordable for African students. They were published by Heinemann Educational Books (HEB) in London and in various African cities.

The idea of the series came from Heinemann executive Alan Hill. The first advisory editor to the series was the Nigerian Chinua Achebe – who became one of Africa's most famous writers. Achebe focused first on West African writers, but soon the series branched out, publishing the works of Ngũgĩ wa Thiong'o in East Africa, and Nadine Gordimer in South Africa. Achebe left the editorship in 1972. James Currey, the editorial director at Heinemann Educational Books in charge of the African Writers Series from 1967 to 1984, has provided a book-length treatment of the series.

After a fairly successful beginning, the series faced difficulties that mirrored those that faced the continent. By the mid-1980s, Heinemann published only one or two new titles a year, and much of the back catalogue fell out of print. By the early 1990s, however, the series began to revive—having recently branched into new work, republishing originally locally released texts, and releasing translated works.